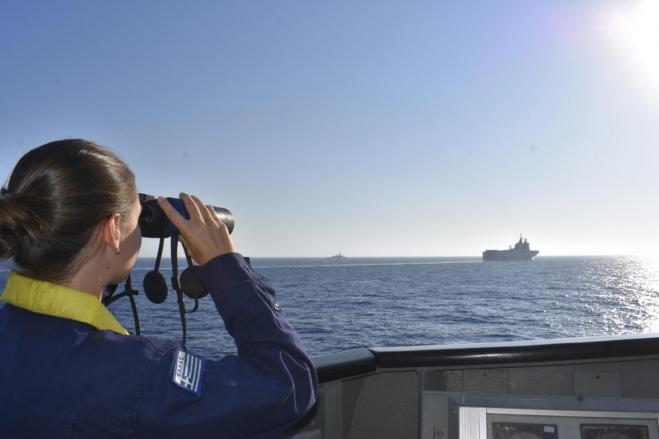 As can be seen in the map of exercises οφ the joint naval exercise, Greece and France sent a very loud message against the Turkish provocation in the Eastern Mediterranean.
The French president had announced the temporary reinforcement of the French military presence in the Eastern Mediterranean in the coming days, in cooperation with European partners, including Greece.

The map of the Greek-French naval exercises

Today, 13 August, in the framework of the ongoing military cooperation between Greece and France, a joint naval exercise was held with the participation of the means and personnel of the two countries in the Eastern Mediterranean region, including the region that Turkey has blocked with NAVTEX. .

The exercise was attended by the frigates (F / G) "SPETSAI", "AEGEAN", "LIMNOS", "KOUNDOURIOTIS" and a French team of ships (Task Force) consisting of the French helicopter carrier FS "TONNERRE" and the frigate FTE .