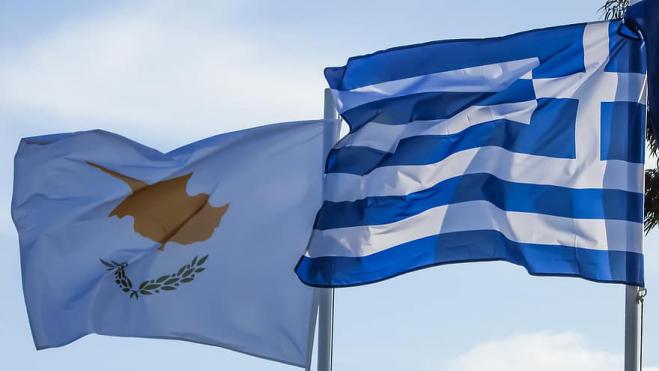 A few hours before the extraordinary EU Summit on Belarus, Nikos Dendias was in Cyprus and discussed with President Anastasiadεs the coordination of the Athens-Nicosia actions against the Turkish provocation.

The Greek Foreign Minister met with Nikos Anastasiades at the Presidential Holiday Home in Troodos and, according to a post by the President of the Republic of Cyprus on Twitter, they discussed the common line of Cyprus and Greece, to face Turkish challenges and de-escalate tensions. Immediately afterward, Nikos Dendias had a meeting with his Cypriot counterpart.

The talks come just hours before European Council President Charles Michel convened a teleconference on Wednesday to discuss developments in Belarus and the extension of sanctions against Minsk. An emergency teleconference, which postponed to the end of September the EU Special Session on the situation in the Eastern Mediterranean and the Turkish provocation.

Will Belarus cast a shadow?

Tomorrow's Summit raises dilemmas for Athens and Nicosia regarding the stance of Europeans at the recent Council of Foreign Ministers on Turkish provocations. Especially for the stance of Germany, which blocked a joint statement condemning Ankara and now calls for the extension of sanctions in Minsk.

The situation is a little more difficult for Nikos Anastasiades. The Cypriot president, at the height of the tension with Turkey, a few weeks ago, addressed Putin, asking for his intervention and is now waiting for Lavrov's visit, in early September in Nicosia. However, Moscow today launched a counterattack with the EU and especially with Berlin on the issue of Belarus, denouncing unacceptable interference in the internal affairs of the "Russia's sister country".

Putin will not leave Belarus "unprotected". But Anastasiades needs the Russian president. Greece lined up its Navy against the military development of the Turks and, thanks to the combat readiness of the crew of the frigate "Lemnos", when provoked it inflicted a significant blow to the other side. Cyprus, however, has only diplomatic weapons against the Turkish provocation.

Dendias and Christodoulidis, in their joint statements, reaffirmed the joint step of Athens and Nicosia, with the Greek Foreign Minister stating that "coordination is ongoing both at the political and official level." The Foreign Ministers reiterated, of course, that the Turkish challenges are challenges to the whole of the EU and referred to the scheduled European meetings (Informal Council of Foreign Ministers in Berlin, MED7 in Corsica and Extraordinary European Council) to discuss the situation in the Eastern Mediterranean.