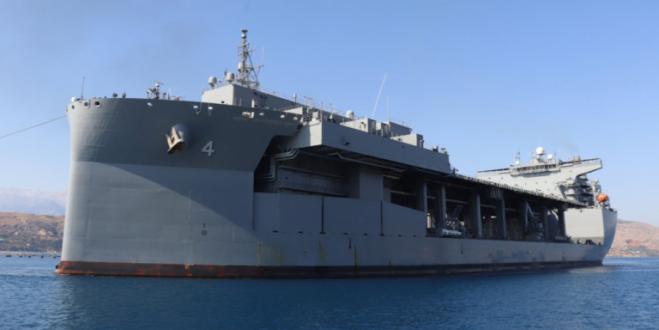 The impressive US helicopter carrier, USS Hershel "Woody" Williams, has been at the Souda port since Tuesday morning (18/08).

The warship, which made its first voyage since launching last March, is 230 meters long and belongs to the 6th fleet. The ship was named after Marine Hershel "Woody" Williams, who in the United States is famous for his heroism in the battle of Iwo Jima during World War II, for which he was awarded the Medal of Honor by president Truman on October 5, 1945. 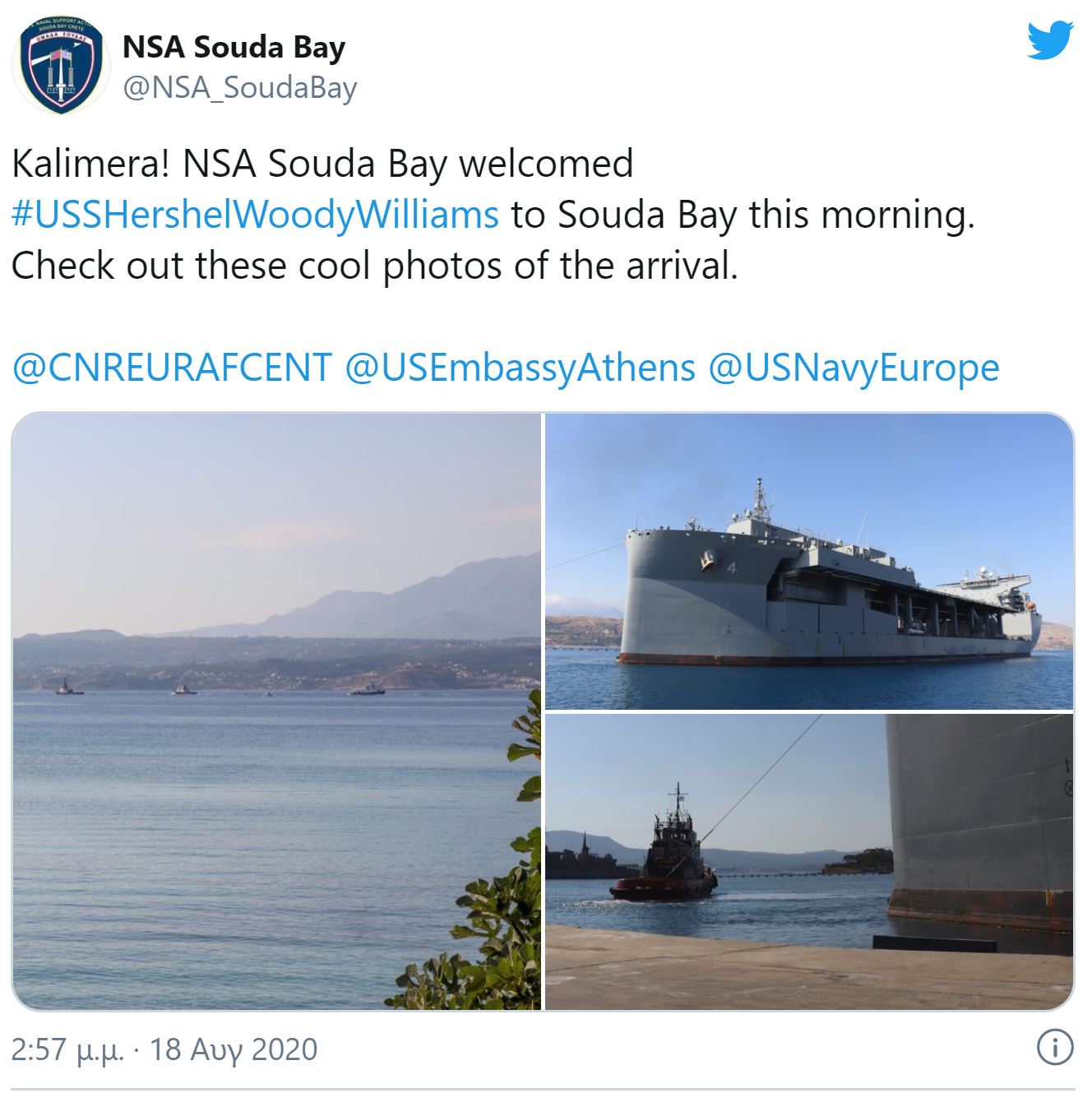 It is noted that the ship was "welcomed" with a tweet by the US Ambassador to Athens, Jeffrey Payatt, who, addressing the crew, wrote "welcome to Greece". According to Payatt, the USS Hershel "Woody" Williams helicopter carrier is the latest addition to the US Navy in Europe and the strategically dynamic Eastern Mediterranean region.