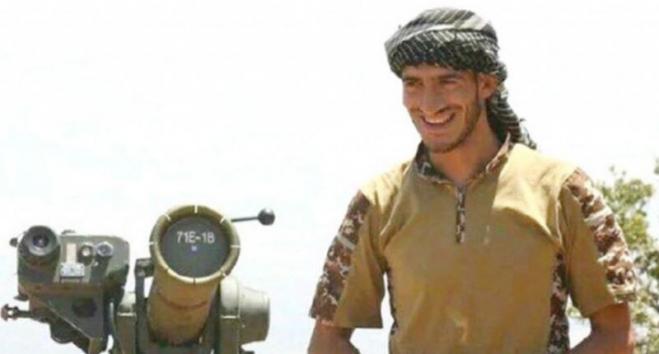 If there is a war with Greece, I will be happy to be on the front line, said an FSA member

Officials of the Free Syrian Army, who are fighting Assad's forces in northern Syria, collaborating with the Turkish army that has invaded the country, declare that they are ready to fight against Greece, on the side of the "Turkish brothers".

Today's front page headline "We will fight alongside the Turks" is quoted by the Turkiye newspaper as referring to statements by Syrian opposition parties declaring their "joy" and readiness to fight against Greece in the event of a war with Turkey over the crisis in the eastern Mediterranean.

"Specially trained forces fighting alongside Turkish soldiers in Syria have sent the message that "If war breaks out with the Greeks, we will gladly go to the front," the provocative article said.

The Turkish Armed Forces together with the OSO (Free Syrian Army), through the operations "Olive Branch", "Euphrates Shield" and "Source of Peace" ensured the return of Syrian refugees to their homelands. The Syrian victims of the war do not forget the support of Turkey and are closely following the heated developments in the Eastern Mediterranean. Specially trained OSO soldiers declare their support for Ankara, saying "Turkey has fought for our freedom and witnessed it. So we are always ready for the task. " Suhail Hammoud, a missile expert nicknamed "Abu Tow," serves in the OSO as the Assad regime's nightmare. He sent a message on behalf of his friends. Hammoud said that he wants to go to the border with Greece and giving an example of faith he stated that "it is time to pay our debt to our Turkish brothers who witnessed our territories. "If they tell me '' Are you going to fight on the border with Greece? '' My answer will be '' Yes ​​''" the article states.

Hammoud is considered a "guru" in the successful launch of the Tow and Malotka missiles and is known by the nickname "Abu Tow, who left the government army in 2021 to join the opposition OSO forces, has dealt significant blows to the government. In recent years, it has been cooperating excellently with Turkish forces that have invaded northern Syria.

"Hammoud is known to be able to use BGM-71 and Tow anti-tank missiles, while he has destroyed more than sixty tanks of the Syrian regime as well as fighter jets. Hamoud, who is being targeted by the Assad regime and terrorist organizations, was rescued from a bomb attack and broke his leg in an assassination attempt. In fact, while he was being treated in the hospital, an attempt was made to poison him. "He is serving under the auspices of the OSO in the special forces of the Hamza Division," the Turkiye article concludes.