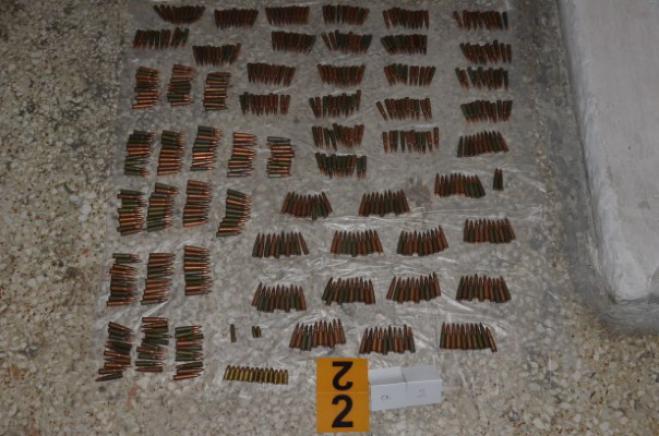 A police operation in the Koukaki area of Athens has led to the arrest of three persons afterexplosives, weapons, and ammunition was found in the flat they were renting.

The participation of those arrested by the Anti-terrorist Bureau in Koukaki and in an apartment in Petralona for serious terrorist acts, and especially forattacks with weapons and explosive devices in the last 7 years in Attica, are being examined by the competent officers.

The police operation took place on Wednesday afternoon and during that the Anti-terrorist Police arrested two men known to the police, aged 38 and 42, and a 36-year-old woman.

According to information, the 42-year-old had introduced himself as the owner of a publishing house and has published the book of Vassilis Paleokostas, while in 2014 he had tried to escape abroad. Against the 42-year-old tenant of the warehouse in Koukaki, in which the anti-terrorist police found explosives, the prosecutor announced yesterday an accusation of violating the law on weapons to the degree of a felony. The two co-accused of the 42-year-old were prosecuted for misdemeanor violatiosn of the law on weapons.

How the Counter-Terrorism Bureau came to follow the three
The Counterterrorism operation that started on Wednesday afternoon took place in four places. Initially, the police had located an apartment on Zinni Street in Koukaki that seemed to function as a hideout and was rented by the 42-year-old who was posing as a publisher from Thessaloniki who needed space to store books.

On the occasion of a real or virtual problem in the plumbing in the house, the 42-year-old was at the scene. According to information, in fact, he had gone to bleach and clean the area, most likely to empty the hideout of any incriminating evidence. Eventually, he was arrested, while later in Petralona a man and a woman were arrested in possession of two pistols. However, the search continued at the 42-year-old's home in Nea Ionia, but also in Kypseli in a bookstore.

Greek police ELAS, as it stated in its announcement yesterday, is examining the possibility of the participation of the three arrested in criminal acts of the common Criminal Law throughout the territory.

According to information, however, the Counter-Terrorism officers have been monitoring the 42-year-old and the other two arrested physically and electronically, as well as the warehouse in Koukaki.

Authorities are examining the possible connection of the three with the actions of the Popular Fighters Group based on the findings from the bomb that did not explode at the Ministry of Labor on December 12, 2016, and the black OPEL CORSA, which was used in the bombing on SKAI TV and on "Kathimerini" on December 17, 2018.

DNA and fingerprints on the backpack-bomb at the Ministry of Labor
In particular, regarding the bomb in the Ministry of Labor, which did not explode due to a failure of materials that made the connection problematic, the authorities stand by the fact that the bombers locked the backpack in which they put the explosive device with a motorcycle padlock. Thus, the officers of the Explosive Ordnance Disposal Department, after careful movements and for 2.5 hours proceeded with controlled explosions, and managed to keep parts of the bomb. At the same time, a special robot opened with surgical movements the backpack in which the bombers had placed more than 5 kilos of explosives on which "orphan" DNA and fingerprints seem to have been found. Following the arrests of the three people yesterday and the findings in Koukaki, the authorities are expected to check the above findings, but also to investigate whether the composition of the bomb matches what was found on Wednesday.