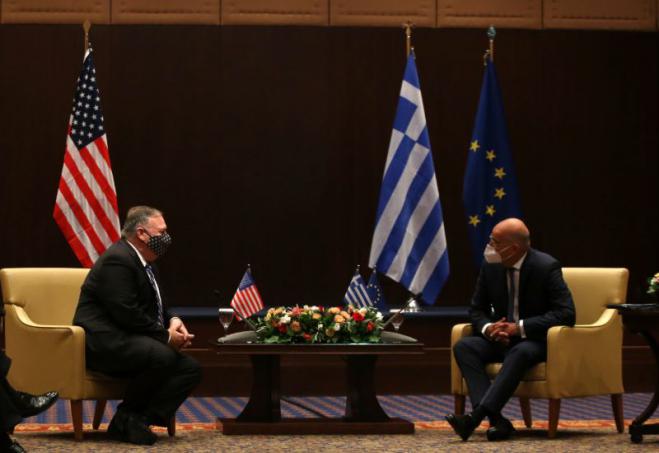 The fourth Pompeo-Dendia took place in a specially designed room of the central hotel in Thessaloniki and not in the Ministry of Macedonia-Thrace as originally planned.

Mr. Pompeo will also visit the Jewish Museum, where he will be received by the President of the Central Israeli Council of Greece and the Israeli Community of Thessaloniki, David Saltiel, thus completing his presence in Thessaloniki.

The next stop of the head of American diplomacy in Greece is Crete and the naval base of Souda.