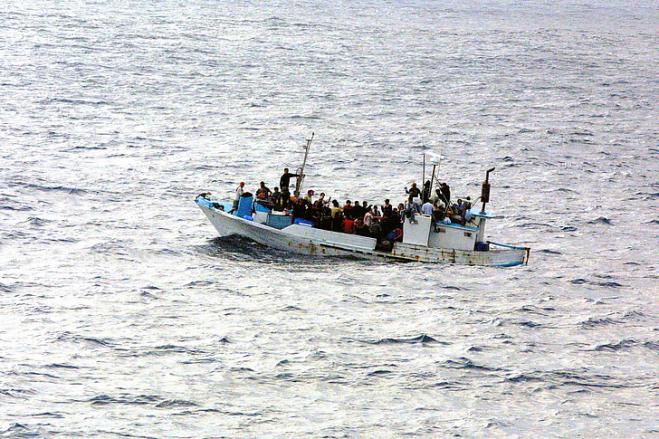 Thirty three members of four NGOs arrested in a migrant trafficking ring are accused of a series of illegal activities, and will possibly also faces charges of espionage.

Following investigations by Greek police and intelligence agencies, the 33 members were arrested and charged with various offenses.

The illegal actions of the members of the NGOs
The detainees are said, among other things, to have given signals of movement of vessels of the Coast Guard, to have made false notifications of "shipwrecks" to emergency number 112, to have informed about the gathering points of refugees-immigrants giving coordinates, to have reported the numbers and times of arrival of migrant boats , while at the same time they gave advice on clothing, life jackets, the weather report and made "reservations" of accommodation at Moria reception center.

The 33 were active with the four NGOs in Lesvos last summer and are accused, among other things, of espionage, violation of state secrets, establishment of a criminal organization and violations of the immigration code. The criminal case of the Mytilene Security Sub-Directorate includes two more people from Afghanistan and Iran.

Citizens of Europe are the 33 arrested by the NGOs
The accused from the 4 NGOs are citizens of Germany, Austria, Switzerland, Spain, France, Norway and Bulgaria, who, according to police sources, allegedly left the island and returned to their homelands. The ring is involved in 5 illegal movements of migrants from the Turkish coast and 27 attempts at trafficking. According to the data of the police investigation, the action of the organized ring is determined at least from the beginning of last June, in the form of assistance in organized circuits of illegal trafficking of immigrants.

They provided information to immigrant trafficking circuits
Those involved, under the guise of humanitarian action, provided confidential information via internet to traffickers and illegal refugees and migrants. The evidence in the case file shows that they gave the positions of the vessels of the Coast Guard in order to coordinate and/or change itineraries for trafficker boats. They even made false "shipwreck" alerts to 112, in order to activate rescue operations, in places contrary to the voyages of the merchant ships in order to avoid checks.

The defendants announced the gathering places on the Turkish coast, the departure times and the number of the passengers in the boats. They did the same with the places and times of the refugee flows giving coordinates. The organization of the 33 members of the NGOs was so detailed that it looked like a "travel agency", according to police.

The investigation of the officers of the Lesvos Security Sub-Directorate was carried out in collaboration with national intelligence E.Y.P. and the assistance of the Counter-Terrorism Service (DAEEV) as well as the Directorates of Management and Analysis of Information (DI.D.AP.), and Criminological Investigations (D.E.E.). The circuit is involved in at least 5 transport cases, while it is also involved in an additional 27 trafficking attempts. The investigation is ongoing.