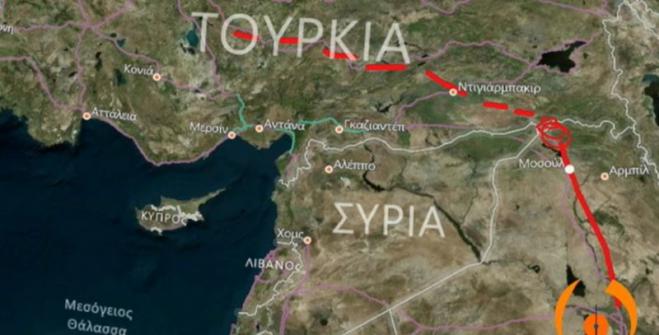 The Greek embassy in Ankara was ordered to protest to the Turkish Foreign Ministry over yesterday's incident with the government plane, which transported Greek Foreign Minister Nikos Dendias from Baghdad to Athens, according to diplomatic sources.

It should be noted that the government plane malfunctioned, due to which the visit to Erbil, Iraqi Kurdistan, was postponed.

However, Turkish Foreign Ministry spokesman Hami Aksoy said in a recent statement that it was not true that Mr. Dendias's plane had been deliberately delayed. On the contrary, they were supposedly interested in his safety, because the Greek side had not submitted a flight plan.

"A flight permit was requested for our airspace to transport the Greek Minister of Foreign Affairs, Nikos Dendias, to Iraq on October 14 and the approval of this permit was notified in time to the Greek side. When the plane landed in Iraq, the Greek side provided a second plane and that plane was also allowed to use our airspace with the same flight license number. The news that Minister Dendia's plane was waiting before entering our airspace is expedient and does not reflect the truth. The plane took off from Iraq without submitting a flight plan. Flight plans are transmitted through the Eurocontrol system. It was also confirmed by this system that the plan was not transmitted ", Mr. Aksoi said and continued:" When the above-mentioned aircraft entered our airspace, the plan was urgently requested by the Iraqi authorities and after receiving the plan, the flight took place with safety. Of course, it is not possible for aircraft to fly without a flight plan. And in this circumstance, it was necessary to observe the formal standard for the security of the Greek Foreign Minister first of all. And our Greek interlocutors were informed about the issue ".

However, responding to the Turkish allegations, sources in the Greek Ministry of Foreign Affairs emphasized that "of course a flight plan had been submitted" and an Embraer overflight permit had been issued, which transported Nikos Dendias.

Turkey keeps government plane in the air for 20 minutes - With Dendias and diplomats
It is noted that Turkey with incredible tricks held in the air for 20 minutes the government plane, aboard which were Foreign Minister Nikos Dendias and a diplomatic delegation. On Wednesday, Mr. Dendias went to Iraq, accompanied, among others, by the Deputy Foreign Minister for Economic Diplomacy and Extroversion, Costas Frangogiannis, in order to meet with the state and political leadership of the country.

The mission, as usual, had applied for and received permission from the Turkish authorities to pass through Turkish airspace, on its return to Greece. Nevertheless, according to ERT's Nikos Meletis, while the government plane was over Mosul - on the Turkish-Iraqi border - the Turks refused to grant the overflight permit.