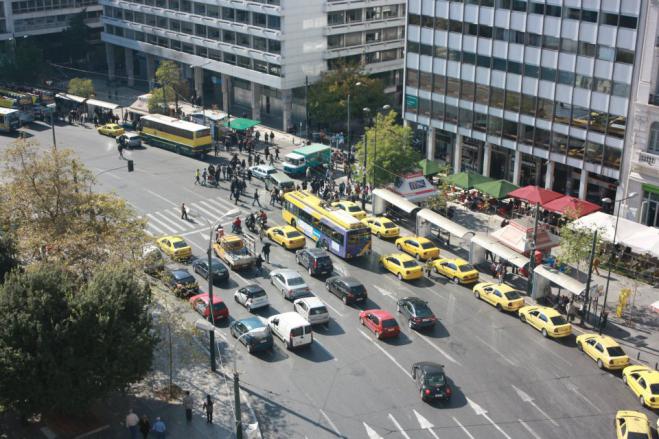 With the situation tending to get out of control, with covid cases rising to over 800 in one day, the Hellenic Police (EL.AS.) is in condition "red" in order to monitor the observance of the measures.

The main problem is the large urban centers and mainly Attica and Thessaloniki, as the crowding phenomena in squares and other public places continue. That is why police will be implementing a system of "pressure - decompression", the so-called "accordion" system.

In the second phase, they will proceed to preventive occupation of presence in the squares. There will be a staggered police presence, as they will occupy more space with static forces than the citizens forcing them to leave. In case the citizens react, then fines of 150 euros will be imposed for gatherings of more than 9 people, as well as forcible removal where deemed necessary.

Carousel operations
Also, there will be from EL.AS. daily "carousel" operations in three or even four areas from morning to night in the "red" squares, as well as intensive inspections with mixed squads in the shops for the strict observance of the schedule. According to SKAI, it is not ruled out that there will be a police presence in the "red" squares before midnight, in order to prevent the continuing crowding, mainly in the two major cities of the country.

Chrysochoidis: We will be in every square to comply with the measures
Yesterday, the Minister of Citizen Protection, Michalis Chrysochoidis, announced the operations of EL.AS. in public places, emphasizing that everything that is planned will be done to stop the phenomena of crowding, especially by young people in squares .

"We will be present in every square, in every area, in every market in order to face responsibly, in cooperation with the citizens, this great enemy that has appeared in our lives for a few months now. Those who respect themselves, those who care about their fellow citizens and fellow human beings, those who love the city, wear a mask. Thessaloniki has stopped many enemies. It is certain that even now, with its actions and the responsibility of its citizens, it can face this invisible enemy ", said Mr. Chrysochoidis yesterday from Thessaloniki, noting that EL.AS. has "no disposition to dispute with our fellow citizens", but also that "we are not willing to tolerate even the few irresponsible and unconscious people who create huge problems by violating the orders and instructions of epidemiologists and infectious disease specialists."