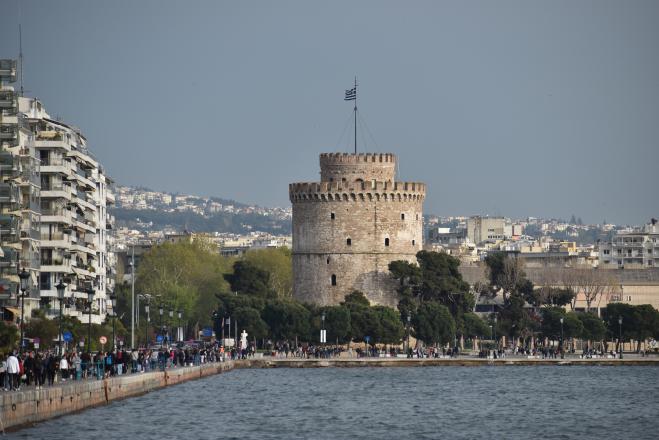 Another three  Regions are in coronavirus lockdown mode from 6 in the morning.

Thessaloniki, Larissa, and Rodopi were added to the list of areas that fall into category 4, increased risk, with the measures now in force since the morning. The situation, as epidemiologists point out, tends to get out of control, and the results of the first rapid tests conducted in Thessaloniki, prove the reasons for concern, but also why they decided to suggest a lockdown to the prime minister.

Infected rate 6.8% from the rapid tests in Thessaloniki
According to SKAI, which cited data from the president of EODY, Panagiotis Arkoumaneas, from the tests performed yesterday, 210 positives were found out of a total of 3,100. This is a positivity rate of 6.8%, well above the 4% limit mentioned by S. Tsiodras as given by the European Center for Disease Control.

Given that these cases are not included in the 275 that were announced earlier by EODY, in the daily report, the number in today's update may be very high in Thessaloniki.

There is also a concern for the hospitals, after the news that at least 24 staff members at "Papanikolaou" hospital, as well as 5 patients, have been found positive. That is why the mayor of the city, K. Zervas, appealed to all citizens to observe the measures so that the situation does not worsen further.

The measures that start in Thessaloniki, Larissa, Rodopi
From 6 in the morning, in Thessaloniki, Rodopi, and Larissa, it is foreseen the obligatory use of a mask indoors and outdoors, the traffic ban from 00:30 after midnight until 05:00 in the morning, the ban on the movement of citizens outside their regional unit, as well as the suspension of all gatherings in public and private spaces.