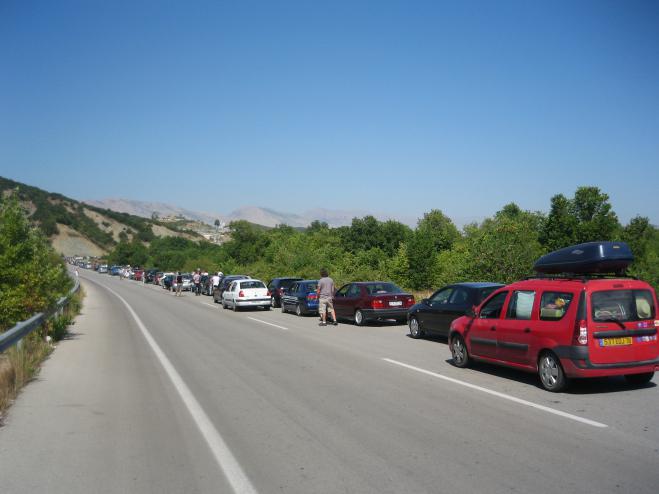 A dramatic phenomenon is developing recently in Albania to the detriment of Greece, but to the benefit of Turkey. At the moment when Albanians are entering Greece using fake tests for Covid-19, Turkey is receiving many millions of euros from rich Albanians with coronavirus who are hospitalized in Turkish hospitals!

The Greek authorities had found many forgeries regarding the certificates for coronavirus test and, as ERT revealed, that was the reason why Greece recently decided to close the border at the Krystallopigi border crossing. In other words, there was an "industry" of fake tests set up by forgers in Albania, which were bought by citizens in order to pass through the borders to Greece. Of course, this contributed to the spread of cases in northern Greece.

So while Greece is shouldering economic and health burdens thanks to the policy of "open borders" in the midst of a pandemic, Turkey is doing great business. According to revelations in the Albanian online newspaper Albanian Daily News, so far, there have been 565 "medical flights" from Tirana to Istanbul. Financially sound Albanian patients pay up to 45,000 euros to travel and be treated in Turkish hospitals, as the Albanian health system is on its knees.

For 20 euros travel to Greece in the middle of Covid

The estimated 565 Albanians spent 12m euros on Turkish hospitals, or about 12,000 euros per person. They also spent 6 million on special flights. And those who were lucky (we do not know how many did well) had to pay separately for the return of their relatives and themselves.

Indicatively, one of the 565 who traveled, stated that he paid 15,000 for the "charter" and 30,000 in the hospital for 20 days of hospitalization. The cost of day care in Turkey is estimated at 1,200 euros and patients are treated for an average of two weeks. It is unknown at this time how many of these people survived and how many died in Turkey.

However, those who do not have 50,000 euros pay 20-100 euros for a fake test despite being infected, in order to be treated in Greece, as they have no confidence in their own health system. Most of the 565 flights took place in October and November. But they had started timidly from May, with about 210 flights from May to October, while another 152 were made in October and 206 from November 1st to November 17th.
The article was published in SLpress.gr english edition.
Tagged under