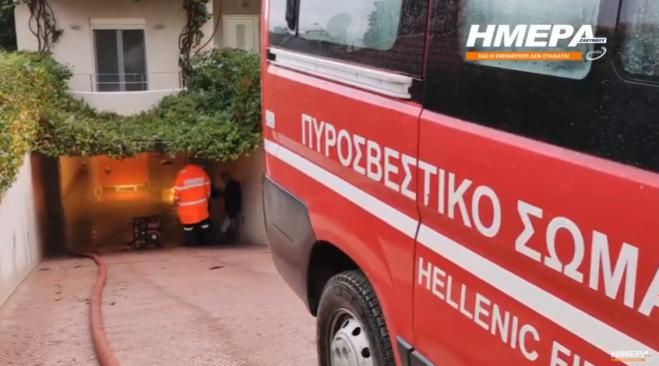 The strong storm that hit the island lasted only a short time but was so intense that it flooded the streets of the island, many basements of houses and businesses.

In total, the Zakynthos Fire Department received 14 calls for water pumping, while crews of the Municipality of Zakynthos and the Zakynthos Regional government are on alert with machines and all their staff, as many wells and ditches were filled with carried materials, which covered grates, while in some places wild flora and grass had sprouted hindering water flows.

The whole state mechanism is on alert to deal with similar phenomena, as the bad weather conditions will continue in the coming hours.