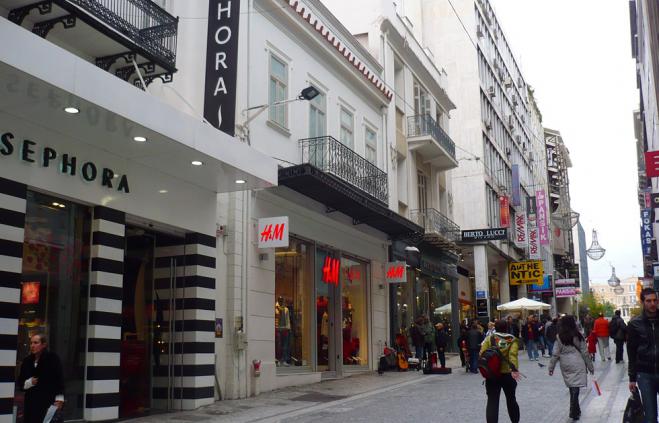 Shock has been caused by the beating of a 16-year-old and two of her friends while walking on Ermou Street, in the heart of Athens, by four people who had been "hired" by a 15-year-old.

The incident was initially treated by the Acropolis police station as a robbery, but then, according to what the 16-year-old reported, it was found that something else was hiding behind the unprovoked attack at noon on the girl and two other friends, 17 and 27 years old respectively, and that is why the case was taken over by the Security and the Juvenile Protection Sub-Directorate.

According to SKAI TV, it all started at noon on Saturday (09/11). The 16-year-old was walking on the busiest street in Athens, but on that moment the traffic was limited due to the lockdown when the 15-year-old suddenly appeared with four other people. Then the young girl ordered the "hired thugs" she had with her to beat the 16-year-old and her friends, while according to the complaint made by the girl, they even tried to strangle her. In fact, according to the same information, the young girl had paid the four people in order to proceed with the beating.

Authorities "see" envy behind the beating
As the 16-year-old told the police, she knew the 15-year-old, but she cannot understand what led her to the specific decision. The three children were taken to the Red Cross Hospital for first aid. According to the television station, the authorities are examining jealousy behind the beating of the three minors.