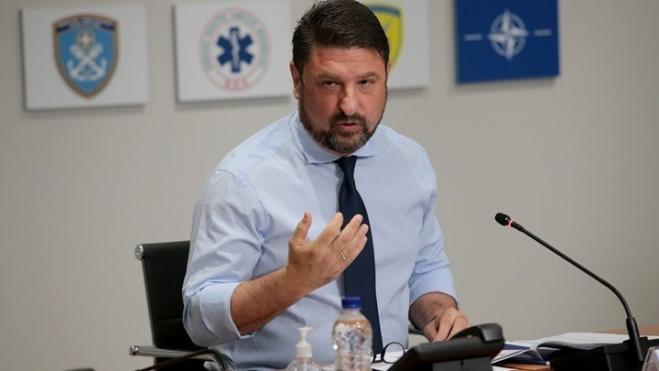 Deputy Civil Protection and Crisis Management Minister Nikos Hardalias said Greece was "at the beginning of the end" of the battle against the novel coronavirus, in an interview with Alpha TV late on Tuesday where he also referred to the vaccination effort and the gradual return to normality.

Referring to the government's cooperation with the committee of scientists, Hardalias said that two technical meetings were held every day with professor of infectious diseases Sotiris Tsiodras attending and that everything was discussed before final decisions were taken.

With respect to the vaccine and the vaccinations, Hardalias clarified that the preparation for vaccinations started two months earlier because many different groups of people are involved.

Asked if the government are worried, he replied they are worried every day.