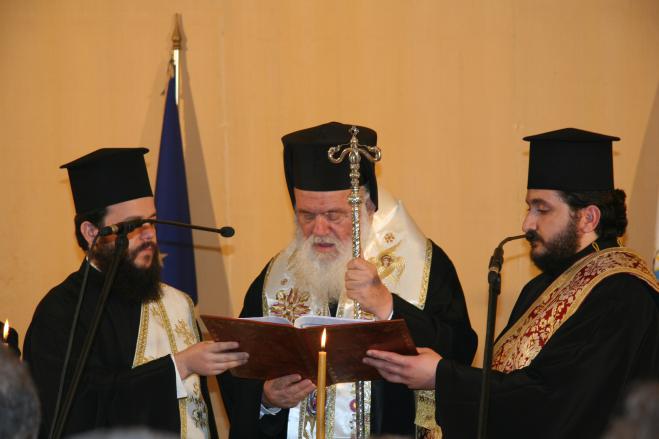 The Archbishop of Athens and All Greece, Ieronymos, spoke about the catalytic role of the Church and its contribution to the Revolution of 1821, speaking to OPEN last night.

The top hierarch of the Church of Greece, among other things, stated that "Islam, its citizens, is not a religion but a political party and they are the people of war." "They are the people of the spreading, this is a characteristic of Islam," he told Open TV. Referring to Mohammed the Conqueror, he had Greek advisors, and had to join the Christians so  he chose Scholarios as Patriarch, commented the Archbishop.

The leader of the Greek Church also referred to the key role played by the Church in the national struggle for freedom. Mr. Ieronymos described incidents concerning Athanasios Diakos and spoke about the clergy who participated in the War of Independence. He also explained why there were crosses on all the flags of the Revolution and added that "there was no sign of revolution that was not started by a clergyman".