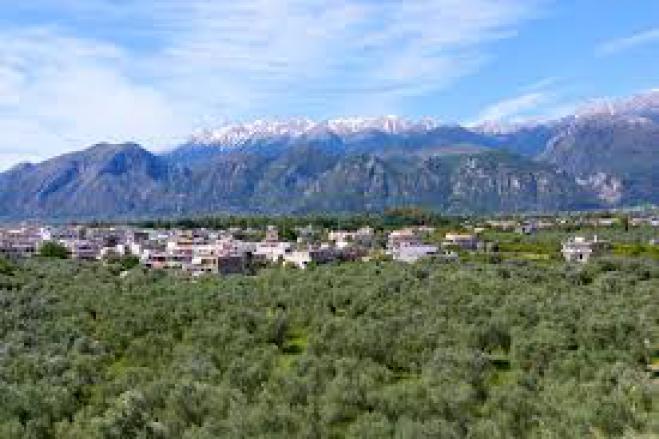 Mayor of Sparta and former minister Petros Doukas joined the Stavros Niarchos Foundation (SNF) Center for Hellenic Studies at the University of California, Los Angeles for a conversation on his city’s rich history and promising future, during an online event on Saturday.

Mr Doukas spoke of the challenging times that have befallen Greece and which did noy leave Sparta unscathed. He also outlined his vision for the city's future.

Mr Doukas outlined the need for an increase in investment growth, in alternative sectors, as well as the sectors already active. He pointed to the surrounding mountains and Mystras that could foster further investments in tourism. Sparta could become with some efforts into an international sporting events center, as well as a reference cennter for historical studies given the ancient glory of the area. Towards this end Mr Doukas called on to NATO to honor Sparta and and its military history.

The mayor pointed out that Sparta could be an ideal two day excursion destination from Athens, weekend destinations, offering 50 picturesque villages for hospitality. One thing the mayor stressed was his desire to set up a giant ancient helmet sculpture at the entrance to the city, heralding its glorious past. He also mentioned his efforts at having Hellenic Post stamps commemorating the city's past and present.

The mayor also spoke of the efforts of the SNF in revamping the city. As part of its major Laconia Initiative, SNF is supporting a number of major projects in and around Sparta, including upgrading and expanding the city’s museum offerings, construction of a School of Byzantine Music and Hagiography, and an effort to revive the nearby village of Vamvakou. Additionally, SNF’s major Health Initiative in Greece includes the construction of a new hospital, designed by reknown architect Renzo Piano, in Sparta.

Mr Doukas spoke also of the difficulties h faces in administering the historic city, and about the limitation of funds and powers over state vaccination efforts. In particular, the public sector non-firing clause hampers local government productivity. “If Einstein came to me, I couldn't hire him. I am allowing people to take initiative, but some are set in their ways,” he said. Municipal and national rules, delimit municipal works, he noted

Petros Doukas wants to make the town into a host for scholary ventures, but stressed that general education is governed by Athens, so not much can be done but wishes to see at least vocational and training schools open up in the area in order to keep the youth there, rather than see them leaving for larger cities, or for abroad. He offered the example of some sort of institution offering mountain guide courses.

“We want economic growth to keep youth here,” said the mayor and offered the example of bolstering cottage industries like wax and honey methods. In this regard he said, “ we can help but individualism gets in the way.”

Among the problems he is now facing in terms of growth he mentioned the current airports meager facilities and short 1500 m runway. Garbage collection he feels is a big part of the public-private initiative. “We cannot operate like a pop-corn machine. We don't know how to do everything. The small airport already is congested,” he said noting that the way forward was through the cooperation of the public with the private sector. .

Mr Doukas' dreams: The unification of and beautification of the city and making it an international center of discourse.