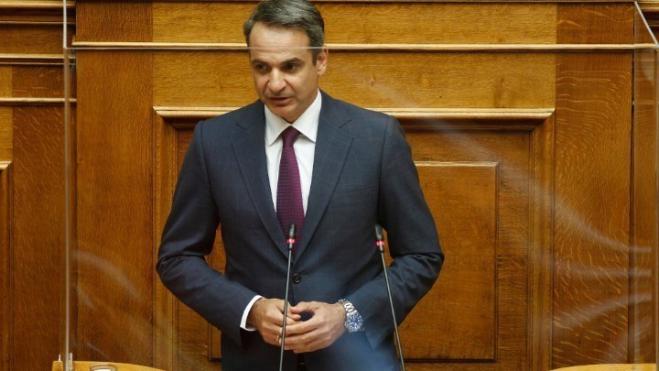 "There are regulations that address problems that go back decades, others that address current issues and others that open horizons to the future. The education ministry's bill we are discussing today has all three of these characteristics because it answers boldly to the perennial problem of safety in the universities. It establishes a modern method of admission and the selection of studies and upgrades higher education as a whole, synchronising it with the needs and the pace of the 21st century," Prime Minister Kyriakos Mitsotakis underlined on Thursday, addressing the parliamentary plenum during the debate on the education ministry bill.

Continuing his speech during the plenary session on the draft education bill on Thursday, the prime minister said that there was no doubt that Greek universities possessed great scientists and academics and "islands of excellence" but only one was in the top 200 universities worldwide, which was not good enough.

He also referred to his speech in August on university asylum, where he said that progress required "calmness, security and rules."

Additionally, Mitsotakis said that "two diametrically opposed perceptions of the Greek state universities are contending here. Our intention is to give the state universities back to their natural owners, the students, the professors and university employees. To once again make it a hive of creativity and hub of fertile thought. With the people that serve it free and secure. A pioneer of the country's growth and not an islet where the democratic state's rules are inert and the will of any authoritarian minority can be imposed."