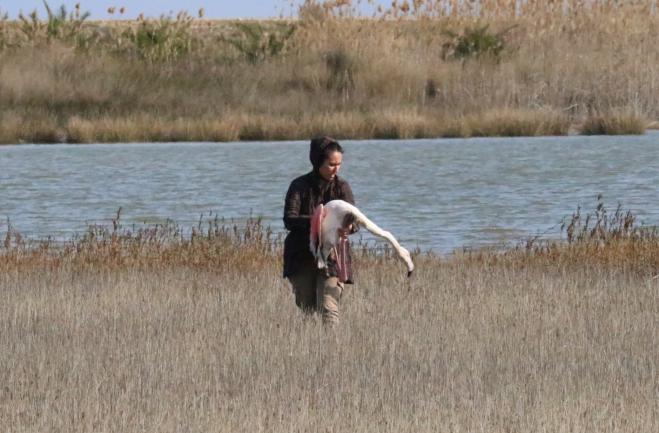 Dozens of flamingos in the Agios Mamas lagoon in Halkidiki have died after ingesting lead shot used by hunters, according to Stavros Kalpakis, a member of the "Action for Wild Life" association, in statements to the Athens-Macedonian News Agency (ANA) on Wednesday.

"Since the end of January when we received the first two flamingos with symptoms of poisoning, we have treated a total of nine birds at our facilities until today. All of them had swallowed pellets. X-rays reveal the shot in the bird's stomach. It had not been shot as the autopsy revealed that it had swallowed them," Kalpakis said.

Initially, it was not possible to track down the cause of the problem but as the days passed and more birds were brought in for treatment, while dead birds were constantly being found, the problem was traced back to the Agios Mamas lagoon in Halkidiki, where dozens of birds had perished, he revealed.

The specific area last year saw the first-ever breeding colony of flamingos in Greece but was now becoming a nightmare for the birds instead of a paradise, he added.