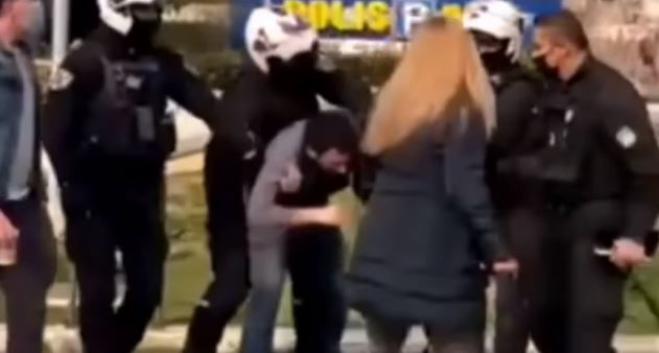 Tensions erupted shortly after 3 a.m. Sunday in Nea Smyrni Square, when, according to the Hellenic Police, about 30 people attacked DIAS police officers.

It all started, according to the same information, when the police arrived in Nea Smyrni Square, where there were reports of overcrowding. A group of people, when they saw the police, moved threateningly against them, resulting in a fight.

According to the Hellenic Police, one police officer was slightly injured in the incidents, while 10 arrests were made. According to other reports, some police officers fined a family whose members were not wearing masks, other citizens protested against this move, as a result of which the situation then got out of control.

After the police left, residents of the area gathered and marched to the police station of Nea Smyrni.