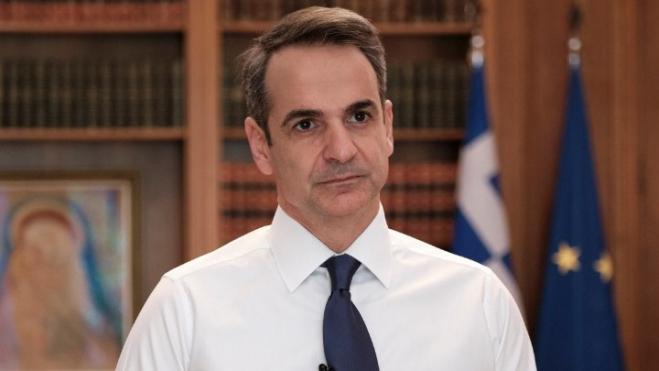 The sad images everyone saw tonight in Athens must be the last such ones, Prime Minister Kyriakos Mitsotakis said on Tuesday evening, following incidents during a rally to protest police violence in the southern suburb of Nea Smirni.

The threatened life of a young policeman should also awaken us, the premier said in a statement. "I particularly address myself to our young people, who are meant to create, not to destroy. Blind fury leads nowhere," Mitsotakis said.

He accused some people of trying to sow hate and division "to cover up their own dead end, as they have done in the past," he said and reiterated an electoral night commitment in July 2019 that he would guarantee the unity, security and prosperity of all Greeks. "I will allow no one to divide us. We will not let anyone turn us back," he underlined.

During the march of at least 5,000 people by police estimates, a policeman was injured but out of danger by a group of people who smashed car windshields and lit fires on the streets of Nea Smirni.

Parties responded to the violence by condemning the injury of a policeman and underlining the peaceful nature of the demonstration.

SYRIZA-Progressive Alliance condemned the incidents that left lit fires on streets and broken windshields of parked cars, saying that "we unequivocably condemn those who chose to spoil a peaceful protest of thousands of residents, students, workers and employers of Nea Smirni. We unequivocably condemn the attack on a man of the Greek police. Violence cannot be faced with violence. Violence only exonerates violence."

The Movement for Change (KINAL) also condemned the injury of the policeman and called on all political powers to isolate fans of violence, anywhere they come from, and  also castigated the government and the main opposition for "resorting to divisive politics harming public health, the economy, society and democratic normalcy." Greece and its society "need a national plan to put an end to the pandemic and work consistently and unity for the future," it added.

"The grand rally of unions, employee associations, mass agencies and thousands of residents of Nea Smirni against unprovoked police violence will not be spoiled by the incidents set up by the government, other suspect mechanisms with the help of provocators, against the great rally of the people of Athens," the Communist Party of Greece said.

Calling the injury of the policeman "unacceptable", it said that what happened at the rally "in no way absolves the government of New Democracy from the responsibilities it has over the police state it continues to impose."