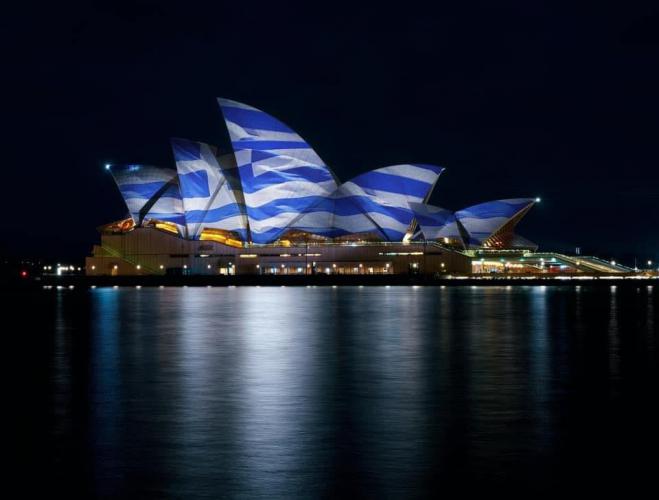 The symbolic display of the colors of the Greek flag in the Opera House was confirmed by the Prime Minister of New South Wales, Gladys Beretziklian.

"We are proud to participate in this proud moment in history together with our Greek community in NNO," said the state prime minister.

In her message, she also mentioned the importance of the influence of Greek culture for the wider world, while she especially thanked the Greeks of New South Wales for their contribution.

Speaking to SBS Greek, the president of the Greek Orthodox Community NNO, Haris Danalis, appealed to the Hellenism of Sydney to give a dynamic presence to the event.

"It is one of the most important events we present for the 200 years and I think that [...] it should be supported by a large number of members of the Greek community [...] to honor the struggles of the Greek people for independence," he said.

The same night will be preceded by an event at Sydney City Hall - which will also be illuminated in the colors of the Greek flag - with a presentation of the Hymn to Freedom by George Ellis and his orchestra.

As Mr. Danalis confirmed, the request to "dress" the Sydney Opera House in blue and white was supported by the widest range of political representation.

The initial request was the display of the Greek flag in the emblematic building, which, however, cost $ 50,000.

* The Lighting of the Sydney Opera House will take place on Thursday 25 March. The same afternoon for 7 p.m. Sydney Town Hall is scheduled to present the Hymn to Freedom by an orchestra of 30 artists led by George Ellis ($ 20 + Reservation Ticket)