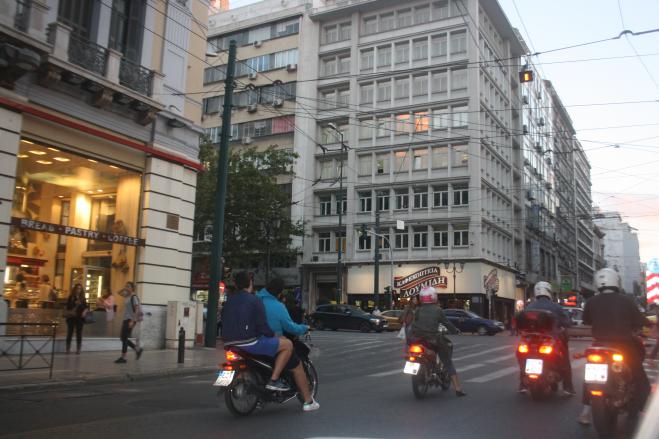 During the week, the dates for the gradual removal of the lockdown will be judged.

It is a given that the opening to the retail trade will take place in April, however the exact dates will be "locked" within this week, as revealed yesterday by Akis Skertsos. The Deputy Minister of State, in his statements to ERT stressed that there will be an opening in April, however the dates will be clarified after the meeting that will take place with the committee of experts on Wednesday.

"We plan the resumption of specific activities with priority in retail and education, for the beginning of April, and beyond that, in mid-April and for catering outdoors, having as our allies in this controlled opening, the good weather, the vaccinations, the continuation of self-protection measures and home tests (self test)" said Mr. Skertsos, clarifying, however, that the gradual removal of the lockdown will be done with great care.

"The measures we have taken over the past year have brought concrete results that put our country in a comparatively better position than most European countries: we have half the deaths of the European average, we have far fewer cases. We are the 23rd country in deaths and the 26th in cases in the Europe of the 27 ", Mr. Skertsos commented on ERT and added: "So, the measures we have taken and with which the majority of citizens have complied have yielded results".

"In the middle of the week we have a meeting with the committee of experts, we already had a pre-discussion last Friday, where we presented in detail how the home test process will work, which we believe will give a significant boost to the tracking and tracing process. of positive cases, mainly asymptomatic. During the week we will discuss the dates. People need socialization, this must be done in a much more organized way than today. The period of restrictions on inter-municipal travel must end. We have to go to an organized and orderly process of people leaving," said Mr. Skertsos about the opening of the market.

"The measures will be lifted gradually and not abruptly, not by opening all activities in one wave. We will see if this will be from April 5 onwards," he said.

"It's premature to talk about dates right now. The intention of the Government is to open the market and education gradually, carefully and not abruptly. The dates will be judged - to a large extent - by what the picture will be this week. We see, according to the data of the last days, a high number of cases, but also a relative stabilization. At the same time, the pressure on the health system is great. So unless the situation stabilizes, I do not think we can talk about dates. Both retail and schools are among the immediate priorities of the government to open, but we are not yet able to speak with exact dates. The intention is an intention, but the data are data ", added Mr. Petsas.