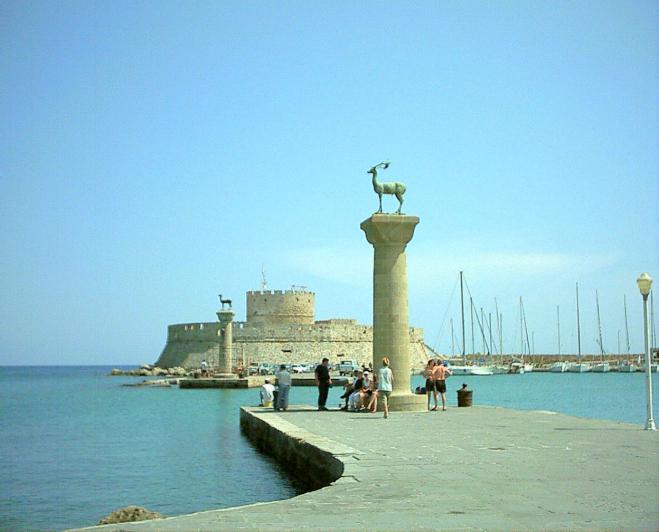 189 Dutch tourists arrived this afternoon at the "Diagoras" airport of Rhodes, who are participating in the pilot tourism program carried out in cooperation with the Dutch government.

The Dutch tourists, who have taken a molecular test for the coronavirus and found negative, have already gone to the hotel in the city, where they will stay for the next few days and where they will be able to move freely within its common areas.

According to what has become known, they will not be allowed to go out to the beach, which is very close, but they will have at their disposal the swimming pools and restaurants of the hotel. When they return to the Netherlands they will have to be quarantined for 10 days.

The vacation of the Dutch tourists in Rhodes starts today and is expected to end on Monday, April 19. The program involves 189 people, of different ages that arrived at the airport "Diagoras" with a flight of the airline Transavia, at 17.30.

The experiment sparked the interest of Reuters, which dedicated an article to tourists who arrived in Rhodes. For 399 euros, participants will have access, which includes everything ("all inclusive"), to the swimming pools, restaurants and other facilities of Hotel Mitsis Grand Beach on the island of Rhodes, but nothing more.

They will have to enjoy the sea from their room or the outdoor areas of the hotel, as no one will be allowed to leave the resort, where the only guests will be the Dutch tourists.

"I really enjoy being away from my usual place and if that means I'll not leave the hotel I'll have to adjust it, but it 's fine," graphic designer Amy Smulders said before leaving with her sister for vacation. "It's still a holiday, there's still sunshine, that's the most important thing," she said.

The same procedure will be followed by all those who will be in the same plane and this for obvious reasons. Tourists will be able to move freely in the public areas of the Mitsis Grand Beach Hotel which will host them for a week, while there may be some small events for their entertainment. There will be no other customers.