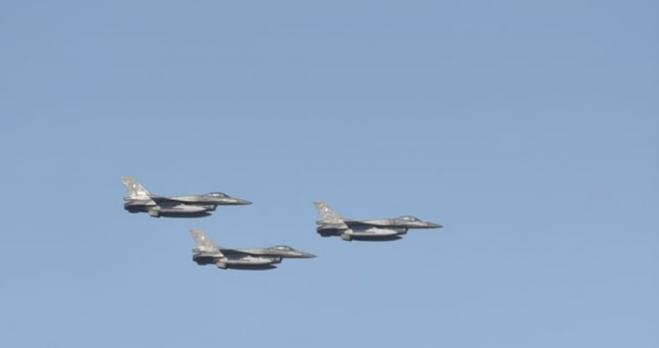 Impressive and perhaps more impressive "elephant walks" have definitely taken place around the world and especially in the USA. The rarity of the event that took place in the framework of the INIOCHOS 2021 exercise, consists in the fact that in addition to the large number of fighters that participated (30 aircraft), it also included nine different types.

Shortly afterwards, three Mirage 2000-5Mk.2s from the 331st Squadron of the HAF took over, followed by an equal number of modernized Mirage 2000D (AdlA) bombers from the French Air Force. The most numerous participation of the French, however, was the six Rafale (four single-seater C and two two-seater B), which participated in the exercise.

The trios of the French fighters were followed by a trio of Spanish EF-18 (F / A-18C / D), three Greek F-4E AUP and finally three two-seater F-15I. A composition that is without a doubt an eye-opener for fighter fans and definitely something that as a whole is difficult to "set up" again… Until the next INIOCHOS exercise at least…