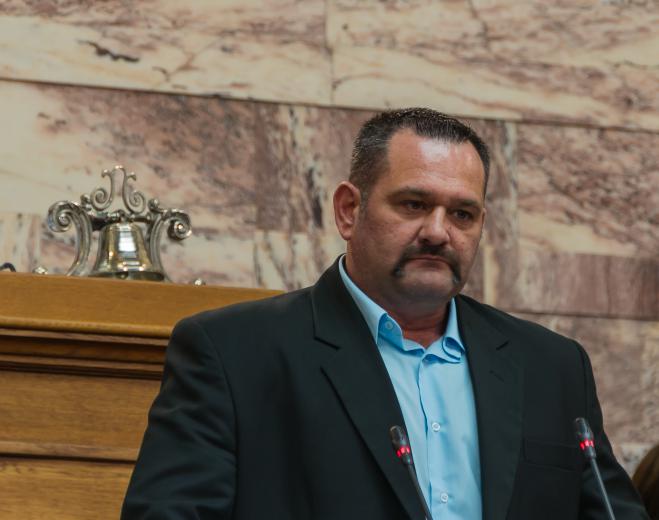 Giannis Lagos was arrested in Belgium, after the European arrest warrant issued against him.

The lifting of the immunity of Giannis Lagos by the European Parliament immediately mobilized the Greek judicial authorities, which proceeded to issue a European arrest warrant against him.

At the same time, the issuance of a "red notice" against Ioannis Lagos was initiated. In practice, this means that in case the MEP is arrested in a European country, the European arrest warrant is activated and he is extradited to Greece.

After being arrested in a country outside the European Union, then, based on the "red notice", Greece is informed, which in turn will start extradition procedures in accordance with the transnational agreements in force.

It should be noted that Giannis Lagos was convicted of directing a criminal organization in the long and very controversial Golden Dawn trial and also on the final decision concerning the fascist attack on the "Synergeio" squat in 2013.

Nevertheless, he "hid" behind the immunity of his position as an MEP.

The convicted neo-Nazi had set up an entire show when the court decided on the sentence that would be imposed on him for directing a criminal organization, while all this time he has threatened lawsuits against many political personages, and even the President of the Republic.