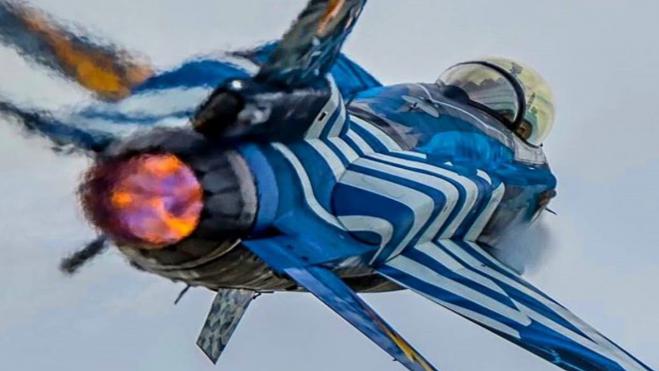 Hellenic Air Force fighters scrambled early Friday morning since within the Greek FIR a plane bound for Israel, was suspected of being hijacked or having a bomb on board.

According to information from Creta24, the aircraft had taken off from the JFK in New York, bound for Israel, when after information that it might be in peril, the alarm mechanism was activated and given NATO mandate for surveillance.

As soon as it entered Greek FIR, around 9 in the morning, 4 Greek fighter jets immediately took off. Two F-16s from the 111th battle wing in Araxos and two more from Kastelli.

The first two approached it, as soon as it entered the Greek FIR, west of Cephalonia, at the edge of the Athens and Rome FIRs and accompanied it to Crete. There it was accompanied by the two F-16s from Kastelli until it left the Greek FIR.