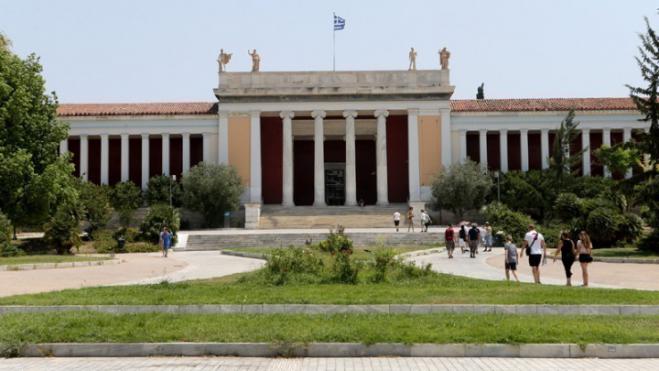 Greek museums, forced to shut their gates to the public in November, used lockdown time to find alternative ways to keep in touch with the public, carry out needed maintenance work, and expand the objects on show for the day actual visits are allowed.

Among them, the National Archaeological Museum of Athens is going full-force into the digital age with an ambitious project using EU funds allocated to Greece, the Byzantine and Christian Museum is setting up an annex in a historic mansion of downtown Athens, the Piraeus Bank Group museums are throwing their weight behind podcasts of their specialized and dispersed museums that also cater to people with hearing and vision disabilities, and the Archaeological Museum of Piraeus is enthusiastically setting up a cinema division, with documentaries on antiquities that include two cartoon films.

Here are some of those activities, as described by their respective officials:

National Archaeologocial Museum
The museum continued its program of lending objects abroad, with conservators accompanying pieces in Europe, its director Anna Vassiliki Karapanagiotou tells Athens-Macedonian News Agency (ANA-MPA). "We have also completed and submitted a massive file for the museum's digital transformation, in order to get NSRF funding," she says, adding that the program expects to begin in June and be completed by 2023.

She notes, however, that from the start of the pandemic last year, the museum promoted contact with visitors online through www.namuseum.gr, and in 2019 tripled its online visitors to nearly 1.5 million. It also expects to set up a digital exhibit tailored to the Chinese public, as part of the Greece-China Culture-Tourism Year.

Byzantine and Christian Museum
The museum is in full-throttle preparations to open its annex, the Loverdos Museum, director Ekaterini Dellaporta tells ANA-MPA, although preparations were hampered by travel restrictions of staff. The restored building housing it is known as the Ziller-Loverdos Mansion, on 6 Mavromichali Street in downtown Athens.

The museum is also preparing an extensive exhibit on the 450th anniversary of the naval Battle of Lepanto (Nafpaktos), when a fleet of Italian and Spanish ships defeated the fleet of the Ottoman occupiers of Greece in in 1571. This will be accompanied by smaller exhibits on the centennial of the Greek Revolution's outbreak in 1821, which Greece is celebrating this year.

"We have missed a lot the cries of children taking over the gardens, the visitors who have made repeated visits to permanent exhibits and always discover something new about them, and the people who have become regulars of the cafe, enjoying the surrounding garden views," Dellaporta says.

Cultural Foundation of the Piraeus Bank Group museums
The specialized museums faced the challenge of having to maintain their facilities that are spread all over Greece, with none lying within Athens. "From the very first lockdown, we boosted our digital presence to maintain, as much as possible, our contact with the public," Foundation director Alexandra Rapti tells ANA-MPA.

"We heard people's need for contact and creativity and created digital actions - tours, day-long conferences, workshops, educational programs, and podcasts. Several of these as a matter of fact were addressed to people with visual and hearing impairments. The public responded enthusiastically," she notes.

Further actions include upgrading the e-shop and online ticketing functions, and continuing with events that focus on Greece's 200th anniversary. "We don't know what this 'new' normalcy will bring, and in what direction," she muses, but cultural events can provide a counterbalance to the uncertainty of the times.

Archaeological Museum of Piraeus
The museum upgraded its facilities and services to the public, and continued with maintenance and renewal of permanent exhibits, head of the Ephorate of Antiquities for Piraeus and Islands Stella Chryssoulaki tells ANA-MPA. "Archaeologists had an opportunity to 'dive into' the museum's storage areas and record, digitize and sort findings, as well as complete their studies on provenance," she says.

The museum took part in digital events for the 2,500 years since the Salamis naval battle and the battle of Thermopylae, organized by the Ministry of Culture's Museum Division, and offered online seminars for teachers of grade schools and high schools. It also prepared for such offerings once the museum reopens, archaeologist Evi Pini, responsible for educational programs says. "The museum also created two short cartoon films," she notes, on the birth of theater in antiquity and on the Battle of Salamis.

"In order to maintain our contact with the wider public, the educational program department set up Cine Mouseion, a digital film archive screening all of the antiquity ephorate's films and documentaries," she added.