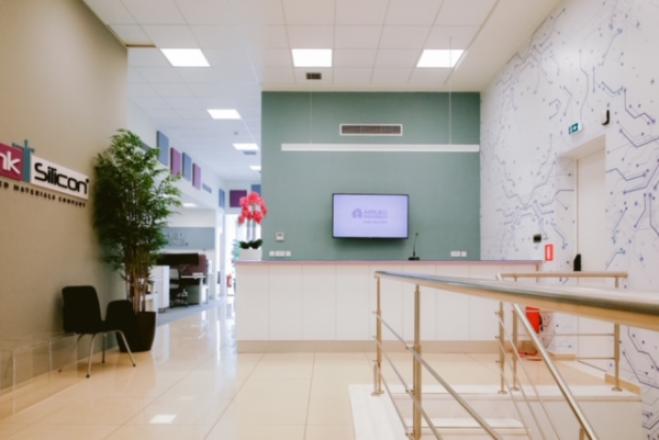 A new chapter in development opens today for Greek firm from Patras Think Silicon, which since May 2020 is a member of the American Applied Materials group, one of the largest materials technology companies in the world.

The new state-of-the-art facilities of the company in Metamorfosi, Attica, covering 1,000 sq.m., which will be inaugurated online this afternoon, in the presence of Prime Minister Kyriakos Mitsotakis, will be a key technology design center in Europe.

The acquisition of the Greek startup by the American giant in May 2020, led to its transformation, more than doubling its size in terms of growth and jobs. Think Silicon is active in the design of processors and chips for the largest manufacturers of digital devices worldwide. It also specializes in the design of Machine Learning Accelerators for the Artificial Intelligence (AI) market.

The focus is on Artificial Intelligence

The new Artificial Intelligence (AI) chips of Think Silicon will be developed at the new Think Silicon design center, as revealed by Mr. Costas Mallios, Vice President and General Manager of Applied AI Group at Applied Materials, during the press conference. The new chips are expected to be in huge demand in the coming years.

“The next industrial revolution will be AI based,” he said. “Artificial Intelligence will be everywhere in the coming years. There is nothing we do or imagine that does not involve it. No company will make a difference without AI in its product”, he added, emphasizing that he is proud that the design center of Applied Materials for Europe will be located in Greece. “One of the most important Artificial Intelligence processors in the world will be designed in Greece and not in Silicon Valley, Shanghai, or Tokyo,” he said, stressing that it would design one of the next AI chips that few companies in the world can make, for the global market.

The expansion of Think Silicon in the design of chips used in Internet of Things devices, wearables, home appliances, and industrial automation screens has already begun. As Mr. George Sidiropoulos, co-founder of the Greek company, CEO and Country President of Applied Materials in Greece said, the new products utilize AI, seeing the international trends and the needs of the company’s customers, with special emphasis on the field of “computer vision,” ie the recognition and interpretation of images by a device that uses AI applications.

Triple the human resources by 2022

Having already doubled its team from the 16 people it employed when it was acquired by Applied Materials, Think Silicon will continue to grow both thanks to its facilities in Athens, which have a capacity of 32 jobs, and thanks to the cooperation with Aristotle University of Thessaloniki that will bring another 10 recruits. It is estimated that by 2022 its potential will have tripled.

Mr. Mallios spoke about a technology team of international scope, emphasizing that Think Silicon has started looking for talent outside the Greek borders and so far has managed to attract people working abroad. During the last 8 months, 33% of the employees have been staffed by engineers with extensive experience abroad, that have been repatriated.

“We grew very quickly after the acquisition, both in terms of capacity, but also in terms of sales and product development,” said Mr. Sidiropoulos. The company from where it had a presence only in Greece and Canada, today is located in Austin, Texas (Sales office), Cologne (Sales office) and Taipei, Taiwan (Sales office), serving customers around the world. Among its global important customers are Atmel / Microchip, Dialog Semiconductors, Sequans Communications, Faraday, Lattice Semiconductor etc.