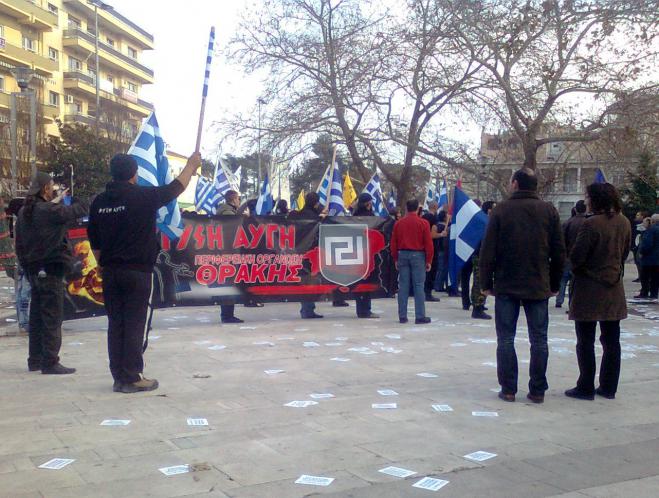 Pappas disappeared early last October shortly after he was convicted in a marathon trial that resulted in a verdict designating the ultra-right party was a criminal organization.

The 60-year-old fugitive was handed down a 13-year jail sentence for leading a criminal organization.

The arrest of Golden Dawn fugitive Christos Pappas elicited a late-night statement by the government spokeswoman on Thursday, who referred to the last chapter for the extremist party, declared a criminal organization by a court last year and viewed by most quarters as a neo-Nazi formation.

“Greek democracy struggled and expelled the toxic poison of Chryssi Avgi (Golden Dawn). Rule of law stood firm against these criminals. With the arrest of Christos Pappas a final chapter has been written for the extremist party,” spokeswoman Aristotelia Peloni said.

Pappas, 60, was arrested in the middle-class Zografou district of east Athens in a residence belonging to a 52-year-old woman.

The latter was described as a recently naturalized Greek citizen originally from the Ukraine.
He vanished from sight after being convicted and handed down a 13-year sentence last October.
Tagged under