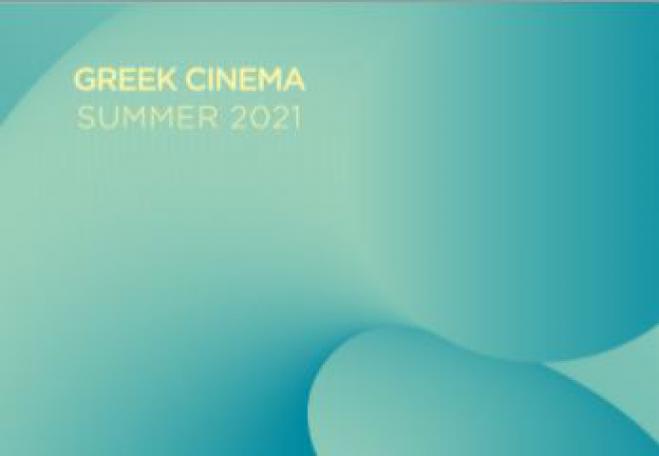 This year, Greece is traveling to the Cannes International Film Festival with its forces united. The Hellenic Cinema Center (EKK) and the National Center for Audiovisual Media and Communication (EKOME) are coordinating their activities at the National Pavilion, which will operate at the Festival from 6 to 17 July 2021. Their joint presence, proof of the strategic cooperation of the two organizations for dynamic national representation in important international Festivals and Markets, aims to further highlight the comparative advantages of Greece in terms of attracting international audiovisual producers.

For the presentation and promotion of Greek cinema, EKK, traditionally, as it has done for more than three decades, will support the films and film projects of Greek creators and producers participating in the programs and the Festival Market. At the same time, it will display to the visitors of the National Pavilion all the recent Greek production. EKK will also present the new Location Scouting Support Program, which aims mainly to facilitate foreign producers who wish to shoot in our country.

EKOME, utilizing the dynamic incentives to attract audiovisual producers, will address the professionals of the Market to promote their operation. Cash Rebate 40% and Tax Relief 30% are already recording spectacular results as they have attracted large foreign productions in Greece and at the same time have supported the domestic film community, which is in constant bloom.

The Greek participation in the programs of the 74th edition of the Festival, but also in its Market confirms three things:
• The stable links that Greek short films have created with the Festival in recent years (the film "Brutalia, working days" by Manolis Mavris will be screened in the competition program of the Critics' Week).
• The acceptance of young Greek creators and their participation in important actions of the Festival Market ("Cora" was chosen for presentation at C 'L'Atelier of Cinefondation , a cinematic design of Evi Kalogiropoulou's first feature film, while the action " Thessaloniki Goes to Cannes" will present six Greek works in progress).

The joint presence of EKK and EKOME at the National Pavilion, strengthens the image of Greece to foreign professionals as a reliable destination for filming, projecting a complete picture of the friendly environment it offers. Specifically:
• Financial and fiscal incentives.
• The know-how and specialized services both in the phase of searching for spaces, and in the phase of facilitation and support of producers.
• The existing infrastructure and the prospect of creating new ones.
• The quality and specialization of the human resources of Greek cinema.

The National Pavilion and the unified presence of Greece this year in Cannes are a positive step, at a pivotal moment for the development of cinema and the wider audiovisual sector in our country: the Greek film with its distinctions and acceptance in the international arena is established as an important exportable cultural product, while at the same time the dynamics of the wave of foreign producers to Greece daily strengthens its position on the world map of the audiovisual industry.

The Chairman of the Board of Directors of EKK Markos Holevas, referring to the National Pavilion and the coordination of the action of the two bodies, stated: “It is important that Greece now develops a coordinated strategy for its international presence in major festival events and markets. The rich tradition and experience of EKK in the international screening and promotion of Greek cinema and its creators is now utilized more effectively thanks to the dynamics that the country has acquired on the world cinema map in recent years with the co-productions of Greek films, but also through attracting and serving foreign audiovisual producers ".

The President and CEO of EKOME Panos Kouanis, referring to the joint presence of EKK and EKOME at the Cannes International Film Festival, said: "We support with all our might the national strategy for the development of the audiovisual industry and the promotion of the Greek creative community to become international. The organization of the Festival this year, which allows the physical presence, gives the opportunity to dynamically promote Greek cinema in foreign markets and our common presence confirms that our country is considered worthy of much promise in the field of audiovisual creation ".