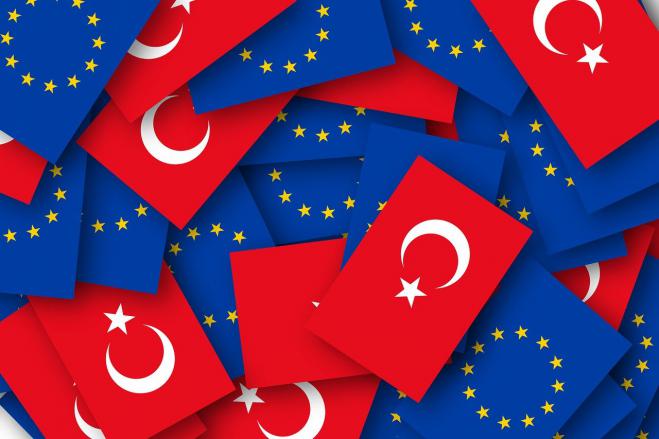 Last May, Turkey formally applied to join the EU's PESCO (Permanent Structured Cooperation) framework. It is, as is well known, the scheme that aspires to give flesh and blood to the effort of the EU member states to give a defense-military dimension to the project of “European integration”.

It is noted that since the autumn of 2020, the “27” decided to open the door to PESCO in third countries, outside Europe and the EU, in order not to perceive their project as a competitor of NATO, but also to take advantage of existing structures and expertise. In fact, agreements have already been reached with three countries – the United States, Canada and Norway.

With Turkey, however, things are quite different, as it does not meet the conditions set for participation in PESCO. The result is that, for the time being at least, it remains the only NATO member state that has no formal and organic relationship with it – something that, as it turns out, is not easy to change, at least not immediately.

Several EU partners, moreover, openly disagree with the possibility of expanded military cooperation with Turkey. Indicative of the prevailing climate is the statement made by the Austrian Minister of Defense in the German newspaper Welt am Sontag.

“Article 2 of the Treaty clearly states that the third country concerned must share the EU’s democratic principles and maintain good neighborly relations with the EU,” said Claudia Tanner. She added that in her opinion, “Turkey should not be involved in EU defense policy in the near future.”

Ankara, of course, is protesting against this attitude. As government officials and diplomats note, Turkey’s blockade creates new and dangerous dividing lines within NATO and “does not contribute to the transatlantic security architecture,” Euractiv reports.

Nevertheless, the situation does not seem to be favorable for Turkish positions. “Given the tensions between Turkey and Greece and Turkey and Cyprus in the eastern Mediterranean, as well as Turkey’s slide into democracy, this may not be the right time for such co-operation,” said Ilke Toigur, an executive. of the German Institute for International Affairs and Security (SWP).