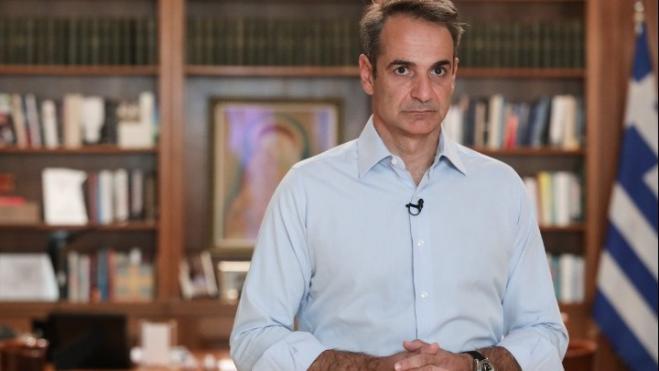 Prime Minister Kyriakos Mitsotakis on Monday announced a special allocation of 500 million euros from the state budget for Attica Region and Evia island to immediately help residents who lost homes and businesses in wildfires this week.

In a live address, Mitsotakis said this support would be added to the EU Recovery Fund that will be channelled directly to the reforestation of these regions. Moreover, Mitsotakis also said he is "sorry for any weaknesses that may have occurred" over the handling of the fires, and asserted that mistakes would be reviewed and responsibilities levelled.

Referring to repeated appeals by residents of Evia villages for help with the fires reported by the media, he said he understood the anger, and the "angry questioning of those seeking air assistance, without knowing if the firefighting aircraft were operating elsewhere, or if local flight conditions were prohibitive" to flying.

The prime minister noted that Greece was dealing with an unprecedented natural disaster, with 586 wildfires lighting up within a week, and the difficulty of putting them out. He said registration of damages had already begun, and a new platform to be set up would allow those who lost property to directly apply for aid without the obstacle of bureaucracy.

He also noted that of the funds expected from the EU, 1.8 billion euros would be allocated to civil protection, and particularly prevention. The program will be supervised directly by his office, he said.

Wrapping up, he said that as prime minister he had faced several crises in the first 25 months of his government - including high tensions with Turkey at the border and in the East Mediterranean, the coronavirus pandemic, and the vaccination program, all of which seemed insurmountable at the time. "But we overcame all with persistence and unity, and this will happen now, with bold decisions that will change a lot."