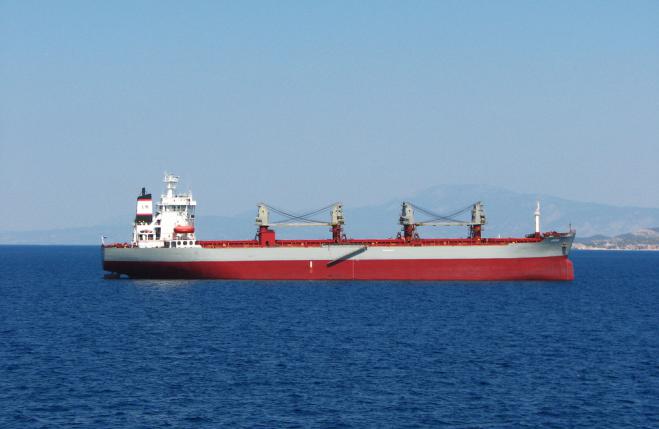 Stunning sizes, which according to them no other business sector in our country has to present compared to the international competition. These are the achievements that make many characterize the world first of the Greek navy as a "maritime miracle".

Greek shipping has been and will be for many years still the largest in the world.

According to the annual report of the Hellenic Shipowners' Association, with a fleet of 4,901 ships, Greek shipowners control 19.42% of world tonnage in deadweight (dwt) tons. In 2020, the Greek-owned fleet increased by more than 4%, reaching approximately 364 million tons of dwt.

Greek shipping is the backbone of European shipping: Greek shipowners own 58% of the EU tonnage and continue to increase their share in the European Union (EU) controlled fleet. More than a third of the Greek-owned fleet, or 1,706 ships, carry the flag of an EU Member State.

At the same time, however, Greek shipping is a cornerstone of world maritime trade, as Greek shipowners control:

• 14.64% of the world fleet transporting chemicals and petroleum products,

-The Greek fleet is one of the safest in the world: Greece fails to comply with the International Maritime Organization (IMO) STCW (Standards of Training, Certification and Watchkeeping for Seafarers) White List and the Paris Memorandum of Understanding (Paris MoU) White List ) and the Tokyo Memorandum of Understanding (Tokyo MoU), while the Greek fleet is also one of the safest in the world, with 0.44% of the Greek merchant fleet (based on the number of ships) and 0.50% (based on capacity) to be involved in minor maritime accidents.

From 1.7.2021 Greece is included in the List of Maritime Administrations of the QUALSHIP 21 Initiative of the American Coast Guard (USCG). Greece maintains one of the top ship registers in the world: The Greek register numbers 685 ships (over 1,000 gt), with a tonnage of 37.98 million gt. The fleet under the Greek flag is ranked 8th internationally and 2nd in the EU (in dwt terms).

Despite COVID-19 pandemic, Greek shipping remains one of the main pillars of the Greek economy: In 2019, they amounted to approximately 13.81 billion euros in total for the financial year 2020.

The strategic importance of Greek shipping

Greek Shipping carries cargo between third countries at a rate of more than 98% of its capacity, which makes it the largest cross-border carrier in the world. The Greek-owned fleet is vital for world trade, as it carries basic goods, including agricultural and forestry products, oil and oil derivatives, liquefied gases, chemicals, iron and other minerals, and inorganic minerals. Greek shipping is also of strategic importance to the EU because, among other things, both the EU economy and the well-being of its citizens depend on access to affordable energy sources. As the EU's dependence on energy imports from non-EU countries approaches 58.2% 11, the Greek-owned fleet is crucial to ensuring energy imports into the EU from different parts of the world

The characteristics of Greek shipping

Greek Shipping is primarily an industry consisting of SMEs12 and specializing in bulk / tramp transport. The bulk / tramp shipping sector is a business sector with features of perfect competition. This is because the industry is made up of thousands of companies worldwide and is not dominated by a very limited number of very large companies - companies, as is the case with regular shipping and most industrial and service sectors worldwide.

As a rule, ships owned by Greek shipowners are chartered on time charter party contracts. Charterers play a structural role in shipping, as they are the ones who manage the ship commercially and control its operating parameters, such as the route, the type and quantity of cargo, as well as the speed of the ship, which in turn determine the ship's carbon footprint during those charters.