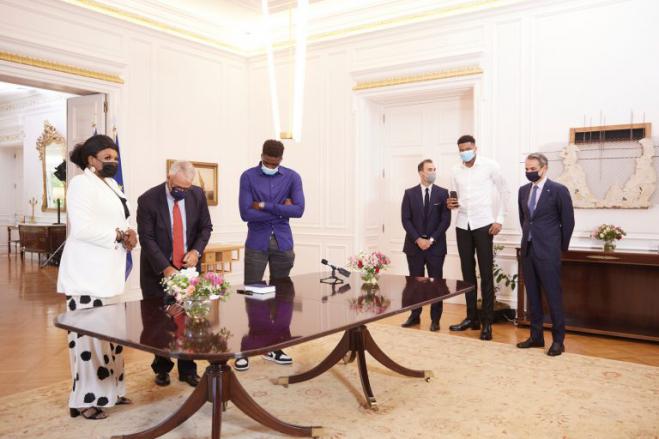 The NBA champion power forward was also on hand for the ceremony, where his mother and younger brother were bestowed honorary citizenship.

“My warmest congratulations, now the whole family are Greek citizens…I’d like to say a few words about Mrs. Veronica, and the fact that she raised incredible children, with dignity and ethos. You’re the rock of this family. Pity your father was not here today, he would have been very proud,” Mitsotakis said after the brief ceremony.