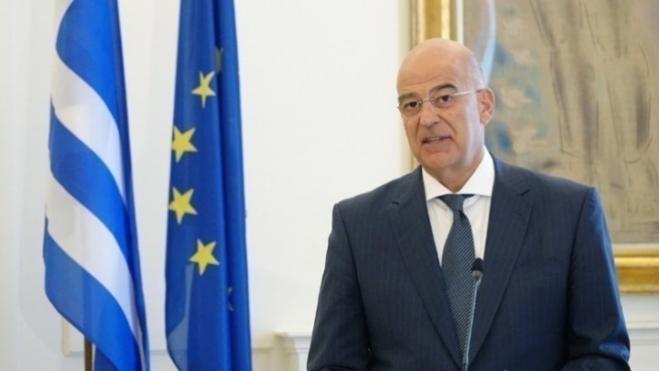 Foreign Minister Nikos Dendias briefed the European Union Foreign Ministers about the latest cases of Turkish delinquent behavior during a discussion held in New York on the sidelines of the 76th UN General Assembly.

According to diplomatic sources, Dendias focused on the unacceptable action of a Turkish warship, which disturbed a vessel conducting scientific research within the demarcated Greek continental shelf. He stressed that the Maltese-flagged research vessel was located just 10 nautical miles east of Crete in a sea area bordered by the Greek-Egyptian agreement of August 6, 2020.

Dendias pointed out that the Turkish behavior has now gone beyond any framework of logic and in no way is in line with the image of "normality" that Turkey wants to promote. As he commented, this is an image that unfortunately has nothing to do with reality.