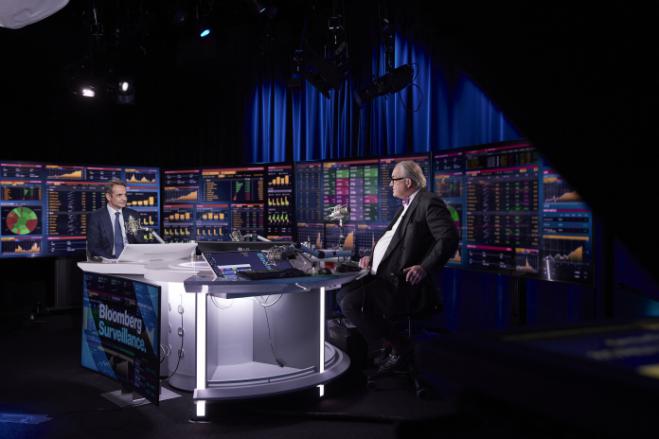 Bloomberg interviewed the Prime Minister of Greece Kyriakos Mitsotakis on a host of topics. The PM's office has offered a full transcription of the event.

Tom Keene: Congratulations first to you and all within your politics, and even the opposition, in Greece to this most stunning recovery of Greece. What did you think at the low point of the Greek economic debacle? What were you thinking about to make Greece recover as it has?

Kyriakos Mitsotakis: Well Tom, we took over in July 2019 with a very clear mandate to make the economy grow again. We were hit by the pandemic, but we still managed to implement very significant reforms. And I think we used the fiscal room that was available to us to support the real economy. We’re very encouraged by the recent data. The economy grew 16,2% in the second quarter of this year. We revised our forecast upward to 5,9% and this may be a pessimistic forecast for 2021. We see lots of interest for foreign direct investment by American companies, European companies.

We’re making big progress in digitizing the state. We have a very ambitious green transition plan and overall, I think the mood in the country after ten years of crisis has significantly changed.

Tom Keene: I just want to point out to you the needle moved on the Greek GDP as everyone but John Farrow and I of the Surveillance team (Bloomberg Surveillance) visited Greece in the last six months. I just want to make clear on that.

Kyriakos Mitsotakis: Well, there is an additional reason for you to come and see what’s really happening.

Kyriakos Mitsotakis: First of all, this is really happening. Climate, I’m not talking about climate change. I’m talking about the real climate crisis.

Tom Keene: And the energy folder right into that.

Kyriakos Mitsotakis: That is hitting especially the Mediterranean very, very hard. Now we’ve put in place a very ambitious plan to decarbonize very quickly, and Europe is at the forefront of this effort. As you know, we have a commitment to be climate neutral as a continent by 2050 and to reduce our greenhouse gases by 55% by 2030. What are we doing in Greece? First of all, we’re shutting down all our coal-fired electricity plants. We said we would do it by 2028. I think it will be possible to do it by 2025.

So we are significantly contributing towards decarbonizing by changing our energy mix. Obviously, we’re adding renewables and in the interim, we are going to be dependent on natural gas. We’re retrofitting our buildings at a very rapid pace. We are putting in place a very ambitious plan to encourage people to purchase electric vehicles and all that is supported by European funds. As you know, we agreed last July to what we call the Next Generation EU package. We’re talking about €32 billion of grants and loans available to Greece for the next six years. A significant amount of those will be directed towards green investment.

Lisa Abramowicz: A lot of this is incredibly important Prime Minister, however, there’s also this very pressing and imminent concern about rising gas prices throughout the European region. What would you like to see some of your peers, some of your member-states do with respect to countering some of the price pressures that seem to only be growing?

Kyriakos Mitsotakis: Well, first of all, Lisa, we have made a commitment to support electricity users in Greece and we’re doing it by providing state funding but also encouraging our electricity producers to absorb a part of the cost increase. So we expect that we will see no significant increase in electricity bills for the next three to six months. We have also tabled a proposal at the European level to find a European solution to what we consider is a short-term phenomenon. But this is a real problem for Europe, and I think it needs a European response that will go beyond what member states are doing at their level.

Lisa Abramowicz: Prime Minister, as Tom was mentioning, I was one of the members supporting the Greek economy by going to visit over the summer. It was fantastic. I also noticed that it closed down in terms of tourism in the open borders shortly thereafter, as the number of cases increased, how much are you concerned about reviving the tourist industry, where stores were closed down, a lot of the infrastructure was seriously hampered by this prolonged period without tourists.

Kyriakos Mitsotakis: First of all, Lisa, let me point out that we did support the tourism sector, and we managed to protect jobs. Not only that, if you look at unemployment numbers, we’re doing better this year than we did last year. We had a very good tourism season, much better than we had anticipated. As you probably know, Greece was at the forefront, January of this year, in terms of introducing the digital EU certificate, which made travel much easier in Europe during the summer. And we’re quite encouraged by the performance of our tourism industry.

I think we’re managing to move our product upmarket. So we had a higher spending per capita this year than we had last year, which is our intention. And of course, we have a long-term plan to make sure that we grow our tourism industry in a sustainable manner. We have particularly sensitive ecosystems, as you know, in Greece, especially our Islands. We need to protect them. We need to make them green at a very, very fast pace. And at the end of the day, people who come to Greece want the unique experience and they do care about sustainable tourism.

So I’m very encouraged by what we managed to achieve this summer, and I expect that hopefully next year there won’t be any real COVID concerns. I expect 2022 to really be a bumper year for Greek tourism.

Tom Keene: I am the ugly American. I’m sorry to tell you this. My complete Greek knowledge comes from Maria Loi and her acclaimed restaurant at 58th street, and Maria always circles back to the need to go live it go be it. But also to the ancient tension with Turkey. Give us an update. I know you and your government are dealing with the unique Turkish experiment, not a devaluation, but nevertheless a much weaker Turkish lira today on interest rate policy. Give us an update on your relationship with Mr. Erdogan?

Kyriakos Mitsotakis: Well, it hasn’t always been easy. As you can imagine, we had a lot of tension last year. Things are better this year. I’ve always been very open and frank in terms of my relationship with Turkey. We have complicated issues, very difficult legal issues regarding the delimitation of our maritime zones. There is only one rulebook, and that is adherence to international law. We had similar problems with Italy. We had similar problems with Egypt, we signed the delimitation agreements with both. I think we all made the necessary compromises.

So we are indicating to Turkey that there is a way to resolve this without having to use very bellicose rhetoric or unnecessary tension in the Aegean and the Eastern Mediterranean. And of course, we can also, and we need to work with Turkey when it comes to migration. I think what Europe will not tolerate is a repeat of what we saw in 2015. Uncontrolled migratory pressure.

Tom Keene: Is that a risk from Afghanistan?

Kyriakos Mitsotakis: I think it’s less of a risk this year than it was in 2015. I have committed and have been very unapologetic that we will protect our borders. We’re doing it in a very humane manner. We’re saving people at sea every day. We’re granting refugee status to tens of thousands of people who make Greece their permanent home. At the same time, we send a very clear signal to everyone. We want to break down the smugglers’ networks in the Aegean. We have successfully done so, if you look at the flows, they are down by 90% compared to 2019.

And we do want to work with Turkey in addressing the migration issue and make sure that these people are kept closer to Afghanistan and don’t move to Iran, to Turkey and then to Europe.

Lisa Abramowicz: Prime Minister, from your vantage point, do you think that President Biden is significantly different than President Trump when it comes to his actions with respect to the European Union, with respect to Afghanistan and Turkey and how that all does trickle down to you?

Kyriakos Mitsotakis: Well, there are certain big policy issues where we’re really looking to the US in terms of leadership, and of course, climate change is one of them. We will be meeting in Glasgow in five weeks from now, and I think it’s probably time to move from the nice flowery rhetoric that you always hear at the UN to very concrete actions. We, as Greece were a medium-sized country, we’re trying to do our part. And of course, we will also be looking to engage with the US to strengthen the Transatlantic Alliance.

At the same time, I have always been a strong proponent of the idea of Europe’s strategic autonomy, because there are issues, especially in our region, in the Eastern Mediterranean, in the Middle East, in the Sahel, where Europe needs a presence, and if Europe gets stronger militarily, if we cooperate more, I think this is to the benefit of the alliance and to the benefit of NATO.

Tom Keene: I say this with immense respect for your father and all of Greece of another time and place. You’re the only one I can say this to: What’s it like to be a refugee?

Kyriakos Mitsotakis: It’s very difficult. And when we meet people, especially children, unaccompanied minors, it’s shocking when you hear their stories and I can tell you…

Tom Keene:  You were one of those kids.

Kyriakos Mitsotakis: Well, we left, but not in the same situation.

Kyriakos Mitsotakis: We had to flee the junta in 1968 and we lived in Paris, but there’s no comparison between the stories that we hear. What we really did very successfully Tom was to address the issue of unaccompanied minors. When we came into power, it was a shocking reality.

You had these kids, these teenagers in these camps, completely vulnerable. We’ve addressed this issue. There’s not a single person in a camp. They’re all in places where they can feel safe, where they can thrive. And I can tell you, this is a country that has traditionally been open to refugees. And you know something. There is a great success story. Just talk at NBA. Giannis Antetokounmpo, he’s Greek from Nigeria. It’s true. He’s totally Greek. He used to sell CDs on the street. And he’s a great example of integration.