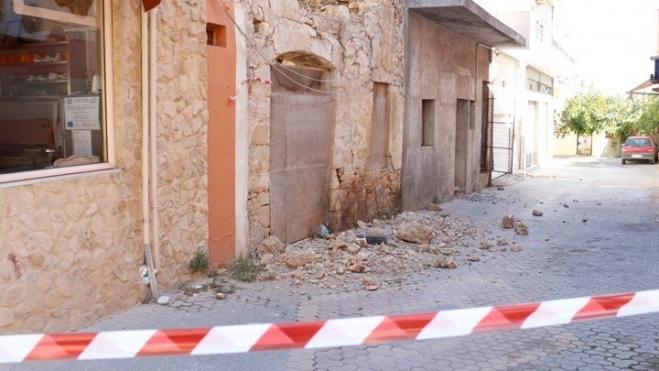 A new earthquake measuring 3.9 on the Richter scale was recorded in Crete shortly after 18:30 on Friday evening, with an epicenter 2 km southwest of Arkalochori, in the quake-stricken municipality Minoa Pediados at Heraklion, according to Athens National Observatory's Geodynamics Institute.

A string of aftershocks has been jolting the region after a 5.8 Richter earthquake in the vicinity shook the island of Crete on September 27, when one man was killed and nine were injured.