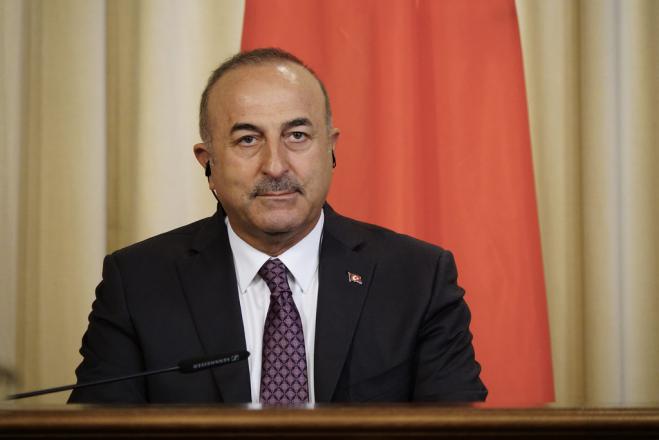 New inflammatory statements by Turkish Foreign Minister Mevlüt Çavuşoglu at a time when, shortly before the start of exploratory contacts, tensions between the two countries are escalating.

Çavuşoglu again announced a "descent to the field" and characterized the Greeks as "complex", on the occasion of the bilateral meetings in Athens.

What the Turkish minister said was broadcast on Turkish public television

"We are not a country that responds to Greece every day, we are not a country with a complex. We are a great country, we are the country, the state of a great nation. Not a day goes by without their Foreign Minister and the others attacking Turkey. Look at the bilateral meetings, we went there and talked about Turkey, Turkey is like that, Turkey is different'.

So when the discussions did not work, we went down to the field and took such steps, with which they can not overcome the complex. We are a strong country. We do not have time to fight with them every day. When necessary, we make the necessary moves and steps. No one can resist this. It is not only Greece that does it, we also do what is necessary for the interests of our nation and country, we do not say vapid words, but we do deeds."

At the same time, the Turkish newspaper Hurriyet had a relevant front page with the title "Hard response to arrogance", while it states that "after Greece, the Greek Cypriots are increasing the tension". In the meantime, Ankara launched new threats against Greece, stating that it is not retreating and in fact orders have been given to the Turkish navy, air force and army.

These statements come as a continuation of the threats of the Turkish Foreign Minister concerning the research conducted by research vessel Nautical Geo. Turkey has directly threatened a hot incident as clearly shown by the announcement of the Turkish Foreign Ministry in which it tries to blame Greece and Cyprus in advance for the tension that it predicts will be created in the region, demanding the cancellation of legal activities in the Cyprus EEZ, concerning the research of Nautical Geo for the mapping of the route that the East Med pipeline will follow.

Following the threat of a hot episode, Ankara is escalating the controversy over the Parmenion exercise, which took place from Friday (September 25th) to Friday (October 1st).

Orders have been given to navy, air force and army…

The representative of the Turkish Ministry of Defense did not even hesitate to characterize the "Parmenion" exercise as a provocation in the aftermath of the Greek-French defense cooperation agreement and the acquisition of the French Belharra frigates.

According to Sky, the representative of the Turkish Ministry of Defense accused Greece of "illegal, aggressive and provocative actions in the Aegean and the Eastern Mediterranean" while it stressed that the acquisition of the French frigates from Athens was done to balance the situation with Turkey.

The Turkish official accused Greece of describing the Parmenion exercise in Chios as "illegal and provocative" and noted that "Turkey will defend its rights and interests, and orders have been given to the navy, air force and our army in this direction." .