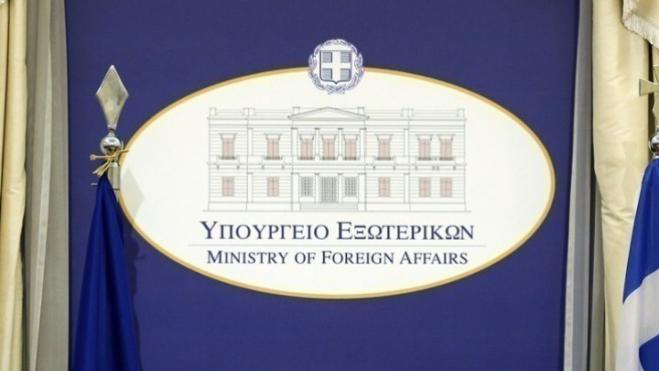 "Foreign Minister Nikos Dendias expresses the firm positions of the Greek government regarding foreign policy issues, positions that reflect Greece's commitment to respecting international law and the protection of our country's interests," foreign ministry spokesperson Alexandros Papaioannou replied when asked by a journalist about a recent Turkish foreign ministry announcement.

"These positions are expressed calmly and soberly, studiously avoiding any reference by name to the officials of other countries, as is customary in diplomatic practice," he added.

"It is truly sad that the Turkish foreign ministry is breaking this inviolable rule and launching baseless and unsubstantiated accusations against government officials of other countries, such as the Prime Minister and Foreign Minister of Greece. It is also an oxymoron that the country which in recent days has systematically made a series of hostile statements through its government officials - who have directly threatened Greece and even questioned its territorial sovereignty - should accuse our country of provocative statements and actions," he added.

Papaioannou underlined that, in relation to "the unilateral complaints mentioned in the said announcement, they are rejected in their entirety."

"Greece will continue to build up its relations with neighbouring and other countries in the context of respect for international law and good neighbourly relations and calls on those countries in the region that have not already done so, to respect these fundamental rules, instead of violating them on a daily basis. At the same time, it will continue to strengthen its allied and partnership relations, which have a purely defensive character," the foreign ministry spokesperson said.

He concluded: "Greece does not make any illegal unilateral claims and retains the legal right to self-defence according to the Charter of the United Nations. Greece is always open to constructive dialogue, provided that it is conducted with full respect for international law, including the International Law of the Sea."