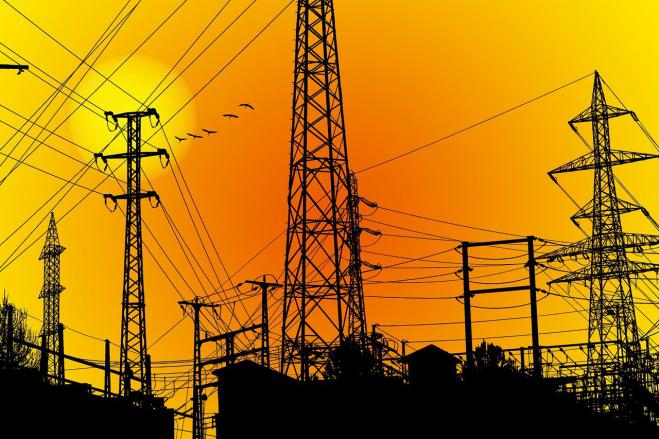 Athens has climbed to the most expensive cities in Europe in terms of retail prices of electricity and gas, according to the monthly Household Energy Prices Index (HEPI).

This is the result of a monthly survey conducted by the Austrian Energy Regulatory Authority (Energie-Control) and the Hungarian Energy and Public Regulatory Authority (MEKH), which commissioned VaasaETT to compile and publish electricity and natural gas price classifications. 33 European capitals on a monthly basis. These surveys are also the reference base of the European Commission's energy reports.

According to HEPI, which concerns December 2021, households in Athens have come to compete… in terms of high energy costs with household consumers in five other European cities, where incomes are of course much higher.

It is worth noting that before the outbreak of the energy crisis, the price per kilowatt hour offered by energy providers in Greece was around 0.07 euros, along with consistency discounts. So in a period of six months electricity prices in Athens have skyrocketed by about 350% (euros per kilowatt hour).

The survey also records in Athens the highest increase in kilowatt hours compared to November but also in relation to the other 32 cities in Europe. Household consumers saw electricity prices rise by 22% in one month. Residents of Stockholm (17%), Warsaw (12%), Amsterdam (11%), Nicosia (8%), Madrid (7%) and others experienced high electricity prices for the same period. K. 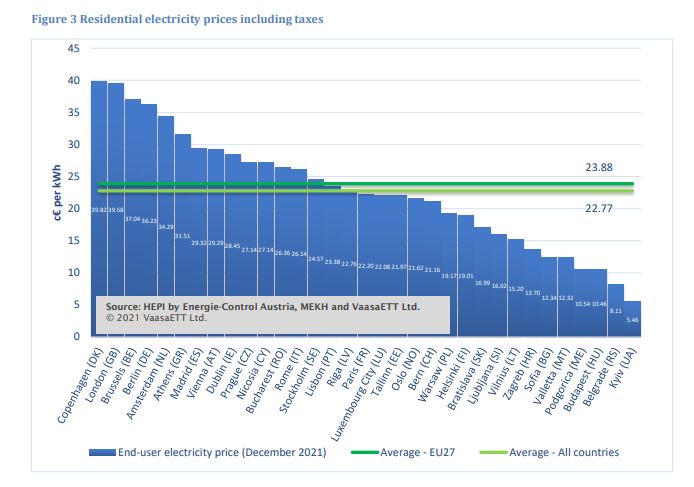 The lowest electricity prices are paid by Ukraine's Kiev at 0.0546 euros per kilowatt hour, Belgrade by Serbia by 0.0811 euros, Budapest by Hungary by 0.105 euros, Podgorica by Montenegro by 0.105 euros by Kilovattora, and Kilovattora by of Sofia, Bulgaria with 0.123 euros.

According to the HEPI report, two-thirds of Europe's cities have recorded record prices. They attribute them to the economic recovery after the end of the pandemic and the explosion of energy demand due to extreme weather conditions, to record gas prices due to low reserves and unprecedented CO2 prices.

Athens is also in the top 10 most expensive cities, among 28 in Europe, in natural gas.

It is in the 7th highest with household consumers paying for natural gas at 0.12 euros per kilowatt hour. In December, Athenians also faced the highest price increase compared to November and compared to other households in the 27 states measured by HEPI. The price increases were of the order of 16%. 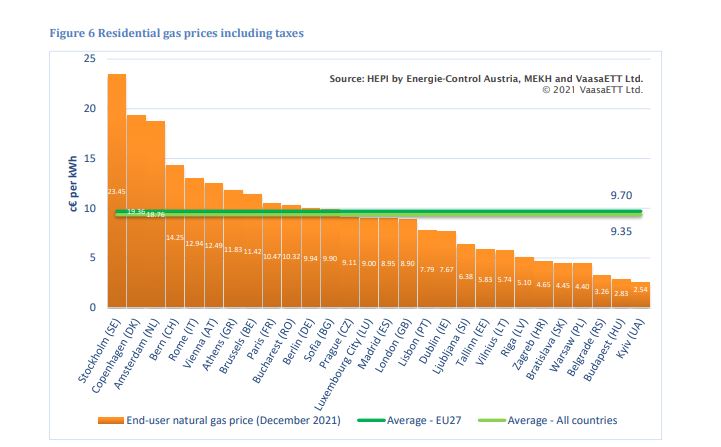 In the cheapest cities of Europe we find with prices from 0.025 euros to 0.05 euros Kiev, Budapest, Belgrade, Bucharest, Warsaw, Bratislava, Zagreb and Riga.

The HEPI research makes a special reference to the prices in Athens: "In Athens, the successive increases in the prices of the wholesale market have led to a final user price more than double compared to 6 months ago. Although the government introduced additional subsidies to mitigate the effects in December, the bills remain high. "The government is even considering extending subsidies in 2022, based on income and property criteria."