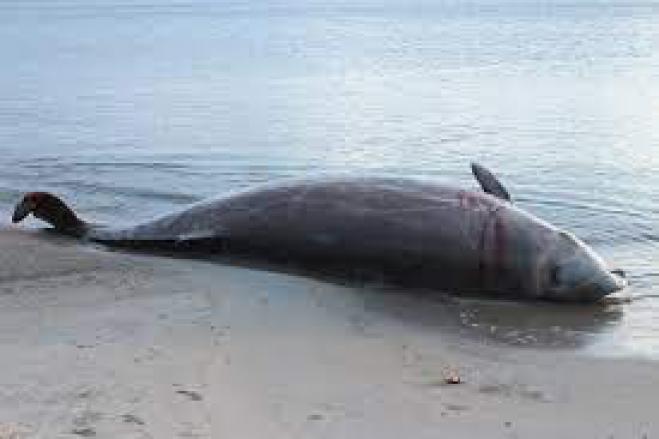 Following the unexplained beachings of beaked whales (Ziphius cavirostris) in the Ionian, the political leadership of the Ministry of Environment and Energy has been mobilized in order to clear the. Foggy landscape with scientific evidence.

In particular, after the successive incidents of sea cetacean beachings on the Corfu coastline, the competent Environmental Licensing Directorate of the General Directorate of Environmental Policy, following an order from the competent Undersecretary Mr. George Amyras, with an urgent document sent to the Hellenic Hydrocarbon Management Company (EDEY), requests immediate and detailed information regarding the observance of the terms of the Environmental Action Plan (EAP) during the implementation of the marine geophysical research program in the Ionian-Western Greece region carried out by HELPE.

EDEY is also called upon to send as soon as possible the records and primary data, which must be carried out and kept during the execution of the marine geophysical survey. It is noteworthy that 15 environmental organizations and agencies (ANIMA, WWF Hellas, Greenpeace, Sea Institute of Cytological Research, Hellenic Society, Hellenic Society for Nature Protection, Ornithological, Arion - Research Center for Rescue, Nursing Home, iSea.MEDASSET and MOM - Society for the Study and Protection of the Mediterranean Seal) directly link seismic surveys to identify potential targets with hydrocarbon deposits with the disorientation of the three beaked whales, who did not show any obvious health problems.

In fact, in their letter they call on the Prime Minister, as well as the Minister and the Deputy Minister of Environment and Energy, to ask the HELPE to immediately stop the seismic surveys that have been carried out for days in the "Ionian" sea area. This urgent request was made, due to the three incidents of whale beachings in the area where seismic surveys are carried out by the special research vessel "SW Cook".

The organizations point out in their letter that in accordance with the precautionary principle and national, EU and international law, "seismic surveys currently being carried out in the area should be stopped immediately, taking into account the serious effects of noise on cetaceans, in particular when this noise comes from seismic surveys or the use of military sonar ".

At the same time, Mr. Amyras's staff is waiting for the data from EDEY, in order to evaluate it with the help of expert scientists. It has also prepared drafts of two Joint Ministerial Decisions (JMC) which concern the organization and operation of the Marine Wildlife Outbreak Management Network and the operation of the Wildlife Care Centers (KEPAP), which has consulted with 22 NGOs and environmental actors, who will have to submit their comments and observations in the coming days in order to be incorporated into the final text of the decisions.

The Joint Ministerial Decision (JMD) on whale beachings, under consultation, defines the organization and operation of a national network, so that beachings are dealt with scientifically, focusing on the protection of species, their well-being, the protection of public health, the collection of useful scientific data and the education of the public in marine fauna management and protection issues.

The Beaching Network, to be set up, will consist of specialized Beaching Management Teams, dealing with cetaceans, seals, sea turtles and sharks and will be led by experienced scientists (veterinarians and biologists) with the participation of organizations, which have occasionally managed beachings.

The Management Teams will undertake, based on certain protocols, the overall management of the incidents, from locating the marine mammals, rescuing, treating and reintegrating them in case of survival or autopsies and burial in case of death. Regarding the Care Centers, the relevant JMD provides the terms and conditions of their licensing and operation.

The two cases of  beachings of beak whales occurred last Sunday in Arillas, Thesprotia and Agios Gordios, Corfu, while the third animal erupted on Monday also in Agios Gordios. The zebras were examined and blood samples were taken by veterinarians of the Hellenic Center for the Rescue and Care of Marine Mammals "Arion" who did not find anything abnormal. With the help of volunteers and under the guidance of the professor of Veterinary Medicine at the Aristotle University, Mrs. Anastasia Komninou, the animals returned to the deep. The Corfu Port Authority and volunteers are conducting patrols to locate any other similar incidents.

The Greek moat (the sea zone that starts north of Kefalonia and passing south of Crete reaches up to the Dodecanese, with depths exceeding 1,000 meters or more such as off Pylos where it reaches 5,000 meters, is one of the most important cetacean shelters in the Mediterranean, where threatened and endangered mammals such as various species of whales (humpback, beaked, and fin whales), but also dolphins, seals, sea turtles live and thrive.