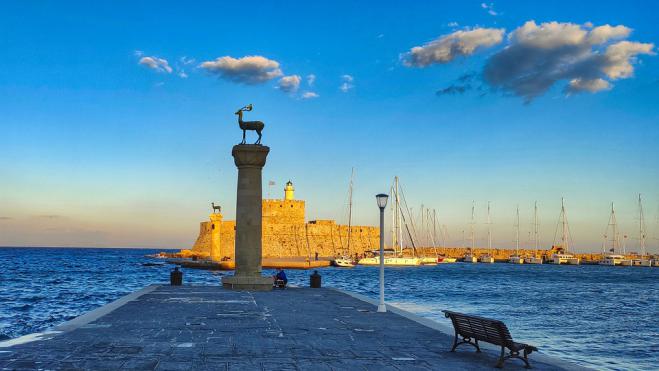 The situation experienced by Greek tourism seems to be in mid-step  since while it just "came out" of the coronavirus "quarantine" with great ambition for a very good year equal to the pre-pandemic times, the war in Ukraine brought a relative "freeze".

Although there are no cancellations, there do not seem to be any new bookings in the systems at the rate recorded before the Russian invasion of Ukraine. And it is not only war that is the cause of this freeze but also the wave of inflation that is spreading across Europe because of energy.

At the same time, and while the first flight from the USA arrived yesterday at the "Eleftherios Venizelos" airport earlier than any other year, there are fears that an extension of the military operations may cause a "stroke" in the arrivals from America on which Greek tourism has pinned a lot of hopes this year.

However, the optimism for a very good tourist season this year, remains the dominant emotion. "I believe that the war in Ukraine will not negatively affect the mood of consumers from the main European markets of Greece, for their summer travel.

"Europeans have now shown that they are accustomed to traveling in the midst of a crisis, showing remarkable resilience to it, and we remain optimistic, at least in terms of demand, even in the short term," said Theofilos Kyratsoulis, CEO of MINDHA tourism marketing and member of the V + O group.

But he also expresses skepticism about tourist arrivals from North America. "But in terms of long haul markets, mainly in the US and Canada, we are very concerned as experience shows that they avoid wider areas where crises are in progress, they attach great importance to the sense of security but, let us not forget , 2022 is a year of by-elections. This is likely to be a further blow to Athens and specific island destinations," he told OT.

However, yesterday the Minister of Tourism Vassilis Kikilias stated while welcoming, together with the American ambassador Geoffrey Pyatt, the first flight for this year from the USA, on Delta , that "the nine direct flights daily from the USA to Greece, is something that shows how important the effort we are making to bring tourists from America to Greece  is - and it will be successful".

It should be noted that in 2019 the travel receipts from the USA reached 1,188.6 million euros while in 2021 they were at 607 million euros while arrivals were 1,179.0 thousand and 396 thousand tourists respectively. In other words, in 2019, the arrivals of American tourists accounted for 3.76% of the total of 31.3 million arrivals, while travel revenues from these accounted for 6.53% of the total of 18.17 billion euros.