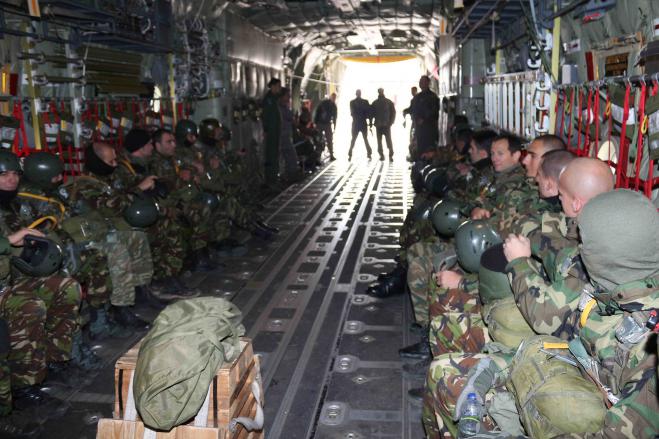 A parachute mishap almost cost the life of a Greek army airborne commando on Wednesday, with the man dangling outside a C-130 transport plane on a four-and-a-half line for some four minutes.

The near-fatal accident occurred during a military exercise, and aboard a plane that took off from Cyprus’ Larnaca airport.

Images showed a serviceman dangling outside the aircraft at an altitude of 5,000 feet. He was the first among his unit to exit the plane for a static line jump. However, the line failed to disengage properly, while the man was unable to open a connecting buckle.

He was slowly reeled back into the aircraft by his fellow unit members, with pilots also avoiding maneuvers.

According to reports, the chief of Greece’s Hellenic Armed Forces General Staff has signaled that the officers and men aboard the plane will be decorated for their actions during the incident.