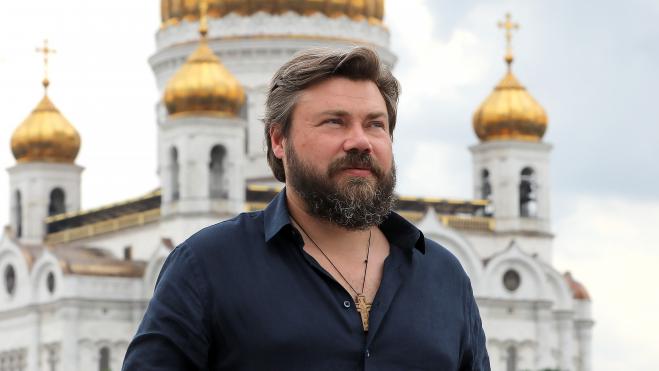 The new round of US sanctions on the war in Ukraine is targeting a major Russian commercial bank and a "global network" of more than 40 individuals and entities.

According to the announcement of the US Treasury Department, the specific network was under the leadership of the Russian oligarch, Konstantin Malofeev, whose activities had extended to Greece.

Today's announcement means that the assets of the Russian oligarch are frozen, while companies in which it has a percentage of more than 50%, are subject to sanctions.

His activities on in Greece in the spotlight

It is recalled that the US Department of Justice had prosecuted Konstantin Malofeev a few days ago for attempting to circumvent Western sanctions, trying to create a pro-Russian network in Greece and Bulgaria and trying to transfer 10 million dollars from an American bank to an associate.

In particular, the US Department of Justice accused him of conspiracy as Malofeev had hired the American Jack Hanick in order to set up a network of pro-Russian media in the Balkans and Greece.

Support for the Donetsk separatists

In fact, the Russian oligarch has been in the spotlight of the American authorities since 2014, as he was accused of providing financial support to the Donetsk separatists and trying to disrupt the peace, security, sovereignty and territorial integrity of Ukraine.

Finally, the US authorities believe that in recent years, Konstantin Malofeev has been acting as an intermediary, bringing the Russian government into contact with pro-Russian politicians in Europe and strengthening economic institutions and institutions promoting Russian positions aimed at destabilizing democratic governments.

According to the US  Justice Department, "According to the indictment, Konstantin Malofeev is a Russian oligarch who has been punished since 2014 for threatening Ukraine and providing financial support in the Donetsk region. Malofeev knowingly violated US sanctions by paying for the services of an American (Hanick) and seeking to transfer money invested in the United States."

Malofeev allegedly conspired with Hanick and others to illegally transfer a $ 10 million investment. The investment would be made through a US bank to a business partner in Greece, in violation of sanctions that prevented the transfer of Malofeev's assets.

It is noted that Jack Hanick who was recently arrested was one of the persons who participated in the Board of Directors of the Hellasnet television network, a network of regional television stations in Greece that was attempted to be created in 2015 under the leadership of the shipowner Giannis Karagiorgis. Among the 10 television stations of Hellasnet was the regional channel Attica TV, which broadcasts in Attica.