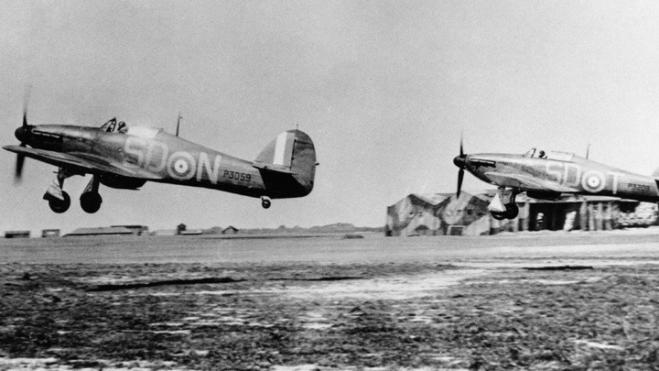 Athens, April 20, 1941. It is 81 years since that day, when the last act of the drama "The Battle of Athens" took place, the last air battle over the Attic sky, just a week before the swastika was raised on the Acropolis.

On that day, the last fifteen remaining RAF Hurricane fighters, from the initial force given to Greece in February 1941, faced in one of the fiercest air battles in the Greek skies during World War II over one hundred, up to two hundred fighters and Luftwaffe light bombers.

For the inhabitants of Athens and Piraeus that day a battle for life or death unfolded over their heads with the engines of the planes groaning high in the sky and the German pursuers with the swastikas and yellow muzzles blazing away at the British Hurricanes, defending a city that young RAF pilots had heard of with admiration in their student years.

"We flew around nine thousand feet. […] Suddenly the whole sky around us seemed to be shaking in the air by the German pursuers. They came upon us from very high. […] We broke formation and then everyone was out for themselves. What became known as the Battle of Athens had begun," wrote Roald Dahl, a then-unknown Royal Air Force pilot with only seven hours of experience in Hurricanes, a post-war writer who later became a children's short story writer and novelist, whose story inspired the movie "Charlie and the Chocolate Factory."

He himself, with his book "Going Solo", made known to English speaking readers, the unknown to most, "Battle of Athens", but also the British air presence in Greece during those dramatic hours of the war, when the Greek pilots were decimated and only five British pursuit planes had managed to reach Crete unharmed in May 1941. Among the fifteen British pilots who defended Athens was Marmaduke 'Pat' Pattle. 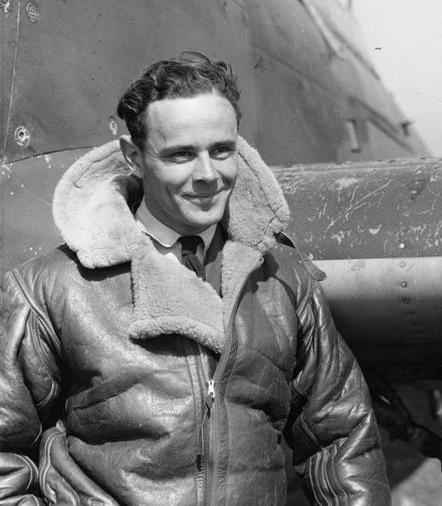 Of 12 Hurricanes involved, five were shot down and four of their pilots killed, including South African ace Pat Patlle, the top RAF fighter pilot of World War II, with a record number of more than 50 downed aircraft.Pattle. Greek observers on the ground counted 22 German aircraft downed, but because of the confusion of the aerial engagement, none of the pilots knew which aircraft they had shot down. Dahl described it as "an endless blur of enemy fighters whizzing towards me from every side". 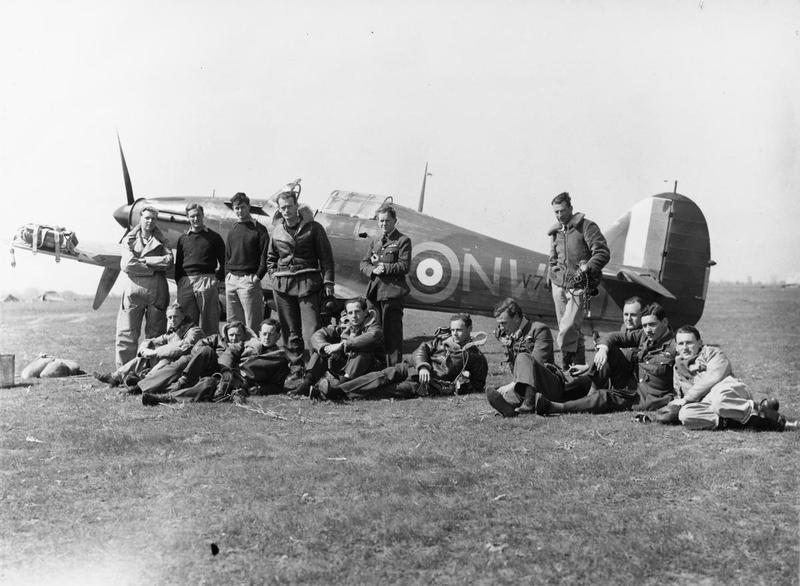 Squadron Leader Marmaduke 'Pat' Pattle, whose star rose in Egypt as a fighter pilot when the British Air Force was defending the Suez Canal at the beginning of the war, reached his peak in Greece where the 80 Squadron was dispatched in November 1940, and tragically fought in the Battle of Athens, where he fell fighting in his burning Hurricane, a few kilometers east of Psytallia, in the Gulf of Eleusis, before shooting down within the last forty-eight hours of his life, another five German aircraft.

Although the official records of the unit he commanded were destroyed shortly before the departure of the British from mainland Greece so as not to fall into the hands of the Germans, nevertheless through the personal diaries and stories of his comrades we are able to know most of the confirmed shootings. , which rank him as one of the best aces of the RAF. We will never know what happened in the last moments of his life, and how this experienced fighter pilot with his excellent eyesight was ambushed. Surely the tension of five and a half months fighting in Greek skies incessantly from the front of Albania to Athens and Piraeus contributed to his loss. After all, according to testimonies, on the last day of his life, he boarded his plane, having barely gotten up from his campaign cot due to the flu in Elefsina with chills and high fever.

"Eighty years later, most of the events of WW2 have been carefully documented, but not this period. "Perhaps the 33rd Squadron would have ceased to function as a coherent unit under those circumstances if it were not for Pattle's example and leadership," Edward McManus, a researcher in the aviation history of the period and in charge of the Battle of England Monument, in London told Greek state news agency AMNA.

"Probably the strain led to his exhaustion and as a consequence his death over Athens. Despite our competition with the European Union, I can tell you that there is a very strong sense of solidarity with Greece and a sense that somewhere we disappointed you in our retreat from (mainland) Greece and Crete. However, the constant resistance of Pattle and his Fate shows that this did not always happen ", adds Mr. Edward McManus.

For other British historians, the pilots of these 15 aircraft deserve to be ranked equal to the heroic pilots of the Battle of Britain, having destroyed 22 enemy aircraft of a much more numerous air force, and possibly eight others, at the cost of three dead, including their commander, Pat Pattle. The day after the air battle, the Greek forces in the defense sector of Larissa, surrendered to Marshal List, while the airport of Ioannina was occupied by motorized SS troops. A road race for the withdrawal of Greek and British forces from mainland Greece was underway…

A monument to the forgotten…

In October 1990, a monument was erected at the Elefsina air base by the Hellenic Air Force, at the suggestion of the Veterans Association and the RAF Athens Association, to commemorate the sacrifice of Pat Pattle and the remaining 51 Greek and 79 British and airmen who fell fightingwhile  defending the Greek skies from the Albanian front in October 1940, until the occupation of Crete in May 1941. 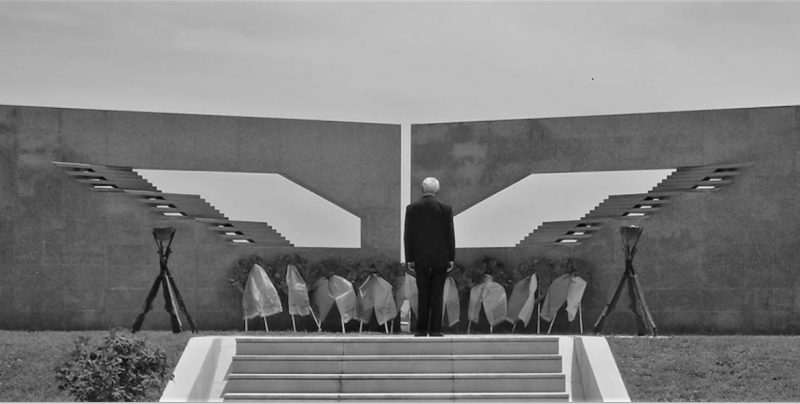 "Eleusis chooses symbolically because on April 20, 1941, the final act of the Battle of Athens took place in the sky, starring the RAF and the greatest British ace of the time, the twenty-seven-year-old South African Pat Pattle," said. Architect Athanasios Kon. Hatzilakos, who had the architectural conception, design and supervision of the Monument.

Avoiding the established, "academic" models of monuments, where sculptural compositions usually dominate here we are dealing with a purely architectural composition where the architectural idea of ​​construction is the "soul" of the monument. And the "soul" in this case is not the material element but the intangible, the void, the sky. The structural elements simply frame the gap to give it a form and make it synthetically recognizable ", adds Mr. Hatzilakos.

The wreckage of Patle's plane was never found, as his plane was blown up in the air by the onslaught of two German twin engined Me-110 fighters as he tried to help a colleague who was in danger of being shot down.

Legend still has it that he still lies in his watery grave in the Gulf of Eleusis, stilll strapped in to the seat of his plane, fulfilling the words of Thucydides, "For Great Men any Soil can be a grave".

As for the young Roald Dahl, he was quite lucky despite his inexperience, and seeing many planes crash he was shot down by a "Ju-88" bomber, which fired at him with his machine guns. He managed to return to Eleusis with his Harrikeen literally in tatters.