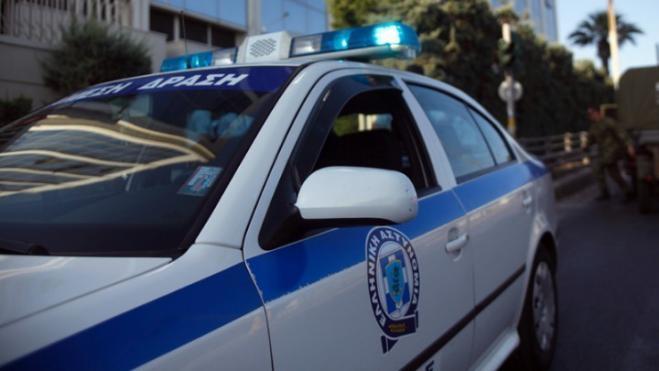 The executors of 55-year-old Giannis Skaftourou took advantage of the relaxation of the Easter holidays to kill him, in Dervenochoria.

According to information from police sources and the environment of the victim, Skaftouros was afraid that he was a target, so he rarely traveled in Attica and always accompanied by his bodyguards for protection. Due to Easter, however, he had gone to his paternal home in Skourta, Boeotia, to celebrate with his mother and relatives, something that few people knew and his protection measures were relaxed.

According to the first information, the perpetrators were four people riding two motorcycles. They stopped near the house and two, wearing helmets, entered the yard of the house, where Skaftouros was with about 10 relatives and friends, and fired several times with Kalashnikovs. From this point, where the grass is freshly trampled, the perpetrators approached the house

The 55-year-old was fatally injured by the bullets, while his 22-year-old daughter was slightly injured and was transported to the "Attikon" hospital, as well as his 45-year-old father-in-law, who was received by an EKAB ambulance. According to some information the daughter was injured by a shot from her father's pistol who fired in self defense. The bullet ricoched and hit her in the leg.

More than 15 Kalashnikov round casings and a 9 mm casing were found at the crime scene, which has been cordoned off and is being investigated.

The perpetrators approached Skaftouros's house from the side and from where there is a blue mark in the paddock, they jumped into the yard and shot

Security officials have blamed the killings on a death sentence carried out during the long-standing underworld war, with many victims among the leaders of the so-called Greek mafia.

Giannis Skaftouros is considered one of the last "old men" of the "Greek Mafia", with a heavy case file, as he has concerned the authorities for serious crimes, such as involvement in murder, the abduction of shipowner Pericles Panagopoulos, while his name was included in lawsuits with gang leaders of the night, for blackmail, arson and other serious offenses.

In the summer of 2018, while he was in Korydallos prison, he was attacked with a knife by members of the Albanian mafia.

He was sentenced to life imprisonment, but managed to "break" this and was released from prison 3.5 years ago, as he had served most of his sentence.

Investigations and searches for the perpetrators of the murderous attack are ongoing, however until this moment no trace of them has been found.

The case has been taken over by the Security of Thebes.

According to state broadcaster ERT, one of the perpetrators' motorcycles had a problem during their escape. It veered off course at the intersection of Hassia and Stefani and so the two perpetrators were forced to labandon it and try to escape in a passing car.

However, they did not succeed and, according to the Police, either a car of their accomplices passed by and picked them up or they disappeared in the forest.