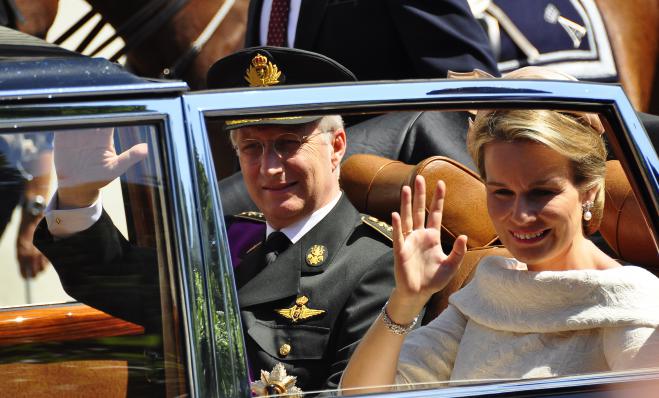 King Philip and Queen Mathilde of Belgium will pay an official visit to Greece from 2 to 4 May.

The Belgian royal couple will be accompanied by a large retinue, which will include ministers, rectors and businessmen.

"There is confidence in the prospects of Greece, so it was decided to organize this visit at the highest level," said Belgian Ambassador to Athens Françoise Gustin, adding that the visit is expected to further enhance relations between the two countries.

"The two countries are partners in the European Union and complement each other in many ways. It is very important to take stock and think about how we can further deepen our cooperation."

The royal couple will be accompanied by a mission of about 70 people, including 5 ministers, 10 rectors and 17 CEOs of Belgian companies. These are companies from the energy and technology sector, most of which are already active in Greece. Among them are Fluxys, Eoly Energy, Nviso, Resilux, Jan De Nul, Union Wallonne Des Entreprises, Belven.

Meetings with Mitsotaksi, Sakellaropoulou and Bakogiannis
During his visit, the royal couple will meet with the President of the Republic Katerina Sakellaropoulou, the Prime Minister Kyriakos Mitsotakis and the Mayor of Athens, Costas Bakogiannis.

On Wednesday, May 4, the royal couple will be guided to the liquefied natural gas terminal in Revythousa.

The issues on the main agenda
Particular emphasis will be placed on the use of technology for the exploitation of cultural heritage, while two cooperation agreements will be signed between the universities of the two countries.

In the field of energy, the two countries, like the whole of Europe, face similar challenges and are called upon to answer the question of how they will increase their gas capacity and how they will become energy independent.

As the ambassador pointed out, Belgium is one of the leading producers of wind energy in the world, despite the fact that it has a small coastline, and Greece wants to expand wind energy production, so there will be a very important discussion in terms of know-how. for renewable energy sources.

The last visit of a royal couple from Belgium was 21 years ago.

The visit takes place at the invitation of the President of the Republic, Katerina Sakellaropoulou.