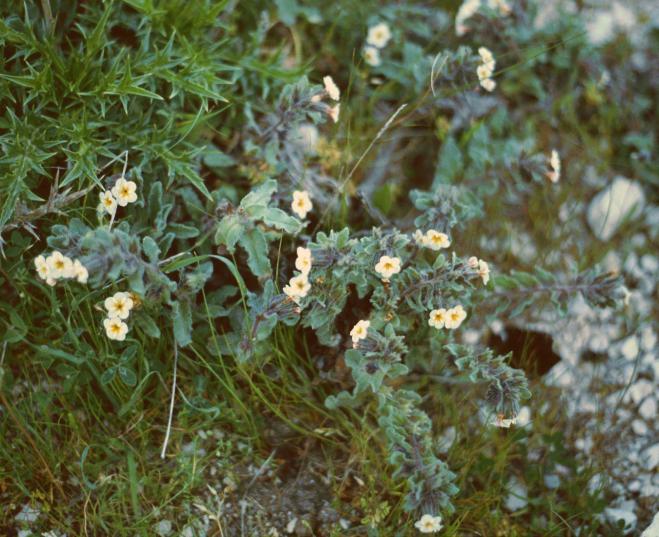 The wildflowers on the island of Kea, beautifully captured by the enchanting colour illustrations drawn by author Judith Allen-Efstathiou, are the subject of the bilingual illustrated book entitled "Χαρτογραφώντας το μονοπάτι-Mapping the Walk" recently published by Kapon Editions. 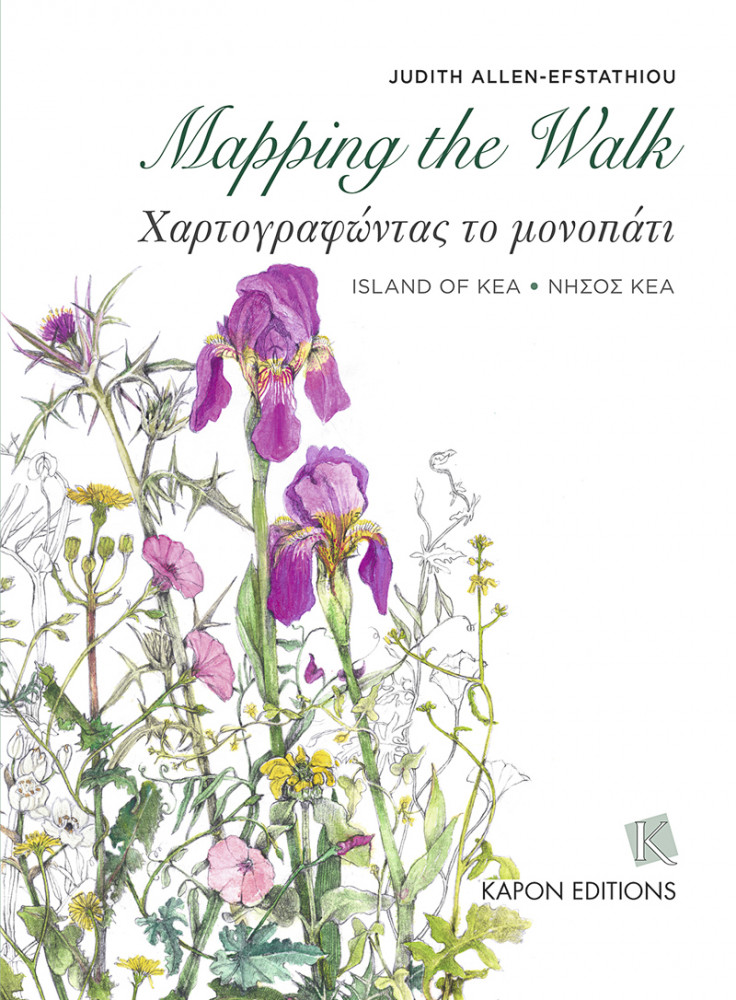 The book takes readers on a journey along an ancient footpath on Kea that leads to one of the island's most iconic sights - the archaic and enigmatic Lion of Kea that is carved out of a rock on a hill side.
Every month over 11 years, Allen-Efstathiou drew one of the wildflowers that grow alng this route, producing more than 50 colour botanical sketches. These, along with photographs, details from sketches and the art they inspired, illustrate the volume that maps both the route and its flora, which not long ago was under threat of being covered by tarmac.

The particular ancient road, part of a network of many footpaths that criss-cross the island, has been fulsomely praised by many travellers in the past, including the distinguished French botanist Joseph Pitton de Tournefort, who visited Kea in 1700 and described it as "perhaps the prettiest road in Greece". Some 180 years later, British travel writer James Theodore Bent would concur that it was one of the "most charming walks in the world".

According to the author, part of her motivation for publishing the book was to promote efforts for the preservation of this and other footpaths on the island that are living and valuable national treasures.

"Today only a small section of the alley from Kastriani is preserved. It starts from Chora, passes by the ancient Lion and the Spring of Veniamin and ends in a tarmac road in front of St Dimitrios Church. In 2011, an attempt to lay tarmac on the remaining section was prevented by the outcry of residents and the intervention of the archaeological service," Allen-Efstathiou said, noting that this incident was what prompted her daily walks to record the path and its wild flowers.