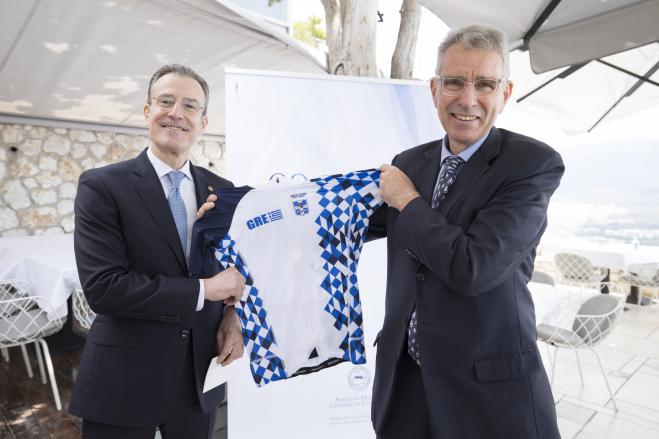 The Hellenic-American Chamber of Commerce, the President and the members of the Board of Directors, in a special event overlooking the Attic sky and Athens, honored the US Ambassador to Greece Geoffrey Pyatt, for his valuable contribution to consolidating the strong bond between in the two countries, the promotion of major investment initiatives and its warm friendship and support in our country. At the same time, the inseparable ties with the Chamber were underlined, which will continue from the new position of Mr. Pyatt as US Assistant Secretary of State for Energy Resources.

The term of Geoffrey Pyatt, in these 6 years, was combined with a number of intervention actions and initiatives of the Hellenic-American Chamber of Commerce, catalyzed the presence of the USA as an honored country at the Thessaloniki International Fair in 2018, which played a decisive role in development. an investment wave from the United States to our country and a well eveloped cooperation between Greece and the USA, which is at the highest level of all time.

The President of the Hellenic-American Chamber, Nikolaos Bakatselos, referring to the 6 years of Geoffrey Pyatt's term of office, noted: "After almost six years of your tenure in our country, you leave a legacy of a rich and substantial project, in the context of which the bilateral relations between Greece and the USA were led to the highest point. This cycle was illuminated by your presence and a decisive and at the same time emblematic role, in a position of key responsibility, in difficult and demanding conditions, with the events following one another. In your person we recognize a companion who contributed decisively to the development of large American investments in Greece, with an emblematic moment the Thessaloniki International Fair 2018, with the USA, as an honored country - where it all began - a supporter of Greece in the context of respect for principles of international law, and a friend of the Greeks, all of us in the Hellenic-American Chamber and myself. ”