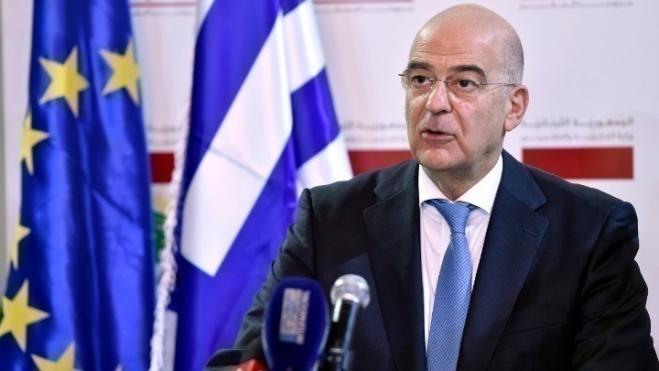 In an interview published Sunday in Eleftheros Typos, Dendias said that he and Kerry will announce a joint initiative for the protection of the seas, based on the international Law of the Sea and the Greek government's continuing and practical interest in the environment.

Dendias will also attend Mitsotakis' meeting with US President Joe Biden at the White House on Monday.
Commenting on Greek-United States relations, Dendias said that strategic collaboration between the two has been strengthened to unprecedented levels in the last three years. The second amendment to the US-Greece Mutual Defense Cooperation Agreement (MDCA) that was ratified in Parliament on Thursday establishes in legal terms the commitment of both countries to expand their historic ties of friendship and long-term collaboration, he said.

Greece has been building "a dense network of political-diplomatic and defense agreements", FM Dendias underlined, taking an active role in international developments and building alliances everywhere on the planet, establishing relations beyond Europe.

Asked about Greek-Turkish relations, the Greek minister said that Greece "is supportive of a constructive dialog on the basis of International Law, especially the Law of the Sea." However, he noted, the practices of violating national sovereignty, the continuous threats of use of violence, and revisionism "are not simply unacceptable, they are condemnable, and they obviously undermine NATO's cohesion at a critical time."

In comments relating to the Russian invasion in Ukraine, Dendias said that the possible perpetration of war crimes in Ukraine including the areas where there is a Greek community, must be investigated. This will be the message he will convey to officials when he visits The Hague in a few days. Following the invasion, Russia has faced opposition by democratic countries and societies, and the message is clear: practices that may have been acceptable in the 19th century or for part of the 20th are no longer such, the Greek FM stressed. Concepts and principles such as respecting International Law and international conditions, territorial integrity and sovereignty of states, a peaceful resolution to differences "are returning dramatically to the core of international relations, delegimitizing any revisionist narratives - whatever that may signify for the entire world and our region as well."